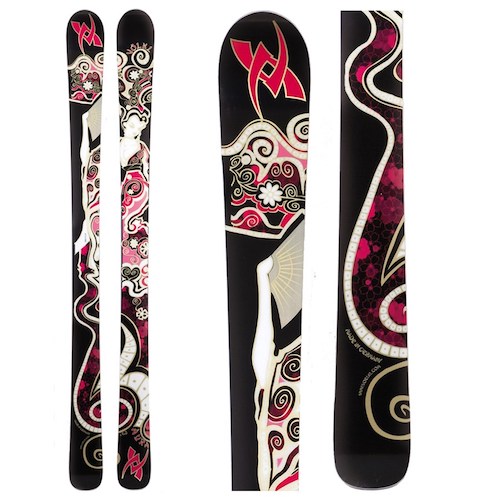 Today was my last day of skiing for the season, and I had a pleasant surprise: there was a demo day of Volkls going on. So I finally had a chance to demo the Auras! After all, these have received tremendous reviews from many of the women on TheSkiDiva.com. And I had to see what the fuss was about!

The conditions: Typical spring skiing: firm first thing in the morning, becoming softer as the temps worked through the 30’s and into the 40’s, with the snow ultimately turning into soft, sticky piles as the day went on.

With a 94 mm waist, it’d be tempting to save these just for powder days. But no — these skis can do it all. I was able to get them up on edge and felt totally in control over the few icy spots I hit. They also did great in the spring crud, and were stiff enough to bust through the gloppy piles that built up as the soft snow got pushed around.

My only regret is that I couldn’t try them in the powder. I’m sure they’d be a blast, but there’s no way I could judge that today.

One think that’s kind of odd: instead of the deep, solid wood-bat-hitting-a-softball “thwwwunk,” the Aura had more of an aluminum-bat-hitting-a-baseball “twaaaaank” sound. Kind of weird; just took some getting used to.

And a word on the graphics: the ’08’s are totally different from the ’07. For anyone who’s seen them, you know they feature a woman in what’s supposed to be some sort of traditional Asian garb, with her breasts practically falling out (I can’t understand the reason for this; why would this make a woman want to buy these skis??), but I actually like the new graphics better the old ones. It’s a personal thing, I know, but I think they’re kind of cool.

My take on the skis: They’re lively, easy to turn, lots of fun, not too heavy or stiff, but definitely not wimpy, either. I don’t think I’d have any problem using these just about anywhere, except maybe on eastern boilerplate — and I say that not from experience, just a guess. I’d LOVE to try these babies in powder.

I give them two thumbs up. 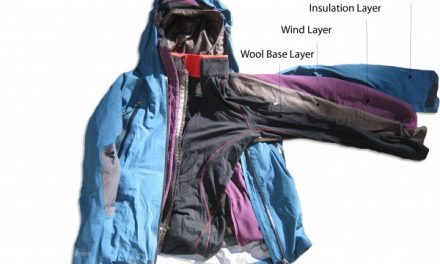 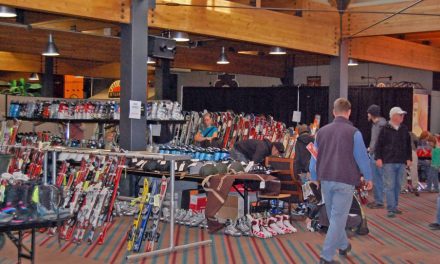