More Than You Think: A small series that says a lot about women’s skiing 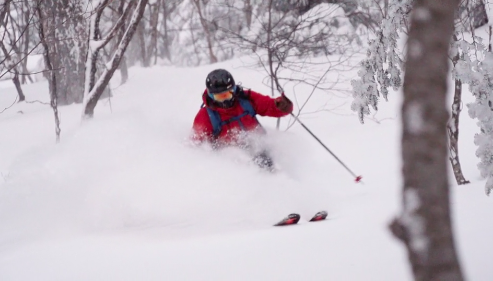 A few years ago, a lot of us got excited about Lynsey Dyer’s Pretty Faces, a ski movie made by – and featuring – women skiers. That’s because ski movies typically belong to men. The numbers back this up. In 2014, the Pretty Faces Kickstarter website posted that even though women make up around 40% of the skiing population and about 30% of the adventure sports film viewership, only 14% of the athletes in major ski films were female. And this was a record of female representation, up from 9% the previous season.

So you have to understand how excited I was to see the new video series produced by Outdoor Gear Exchange, a fantastic outdoor adventure store in Burlington, VT. Entitled More Than You Think, the videos feature a group of young women skiing at three different locations throughout the northeast.

Ho hum, you say, yet another ski movie. Except with women. So what. Well, here’s what: This series is terrific. Sure, like a bazillion other ski movies, there’s great skiing and great scenery. But it’s different, too. As a woman, I found it empowering. Heart warming. Up lifting. Unlike conventional ski movies, More Than You Think focuses on regular women — not professional skiers — who are having an absolute blast outdoors. It reminded me a lot of the Ski Diva trips. There’s no pretense, no posturing. It shows how women can really rip and do things together that make them happy, without the company or approval of men.

Perhaps some quotes from the women involved can give you a better feel for what it’s all about:

Throughout the sport of skiing in general, it’s very much accepted as a predominately
male sport. While there are a lot of women who ski, they’re just expected to not
perform as well. And that’s bullshit.”

“It’s really important for me to share this lifestyle with other women. You know,
I’m not a professional skier, but I want to be out here doing what I want to do for
me…..It’s important that other women know that you don’t have to be an expert at something; you can come out and learn.”

“The onus is one us to create our own normal for what it means to be a woman, and
so we need to make sure that as women we’re not complacent and we’re not going
to say, ‘oh, I’m going to be in the B group because I’m a woman.’ You can be in
whatever group you want to be in. We need to take responsibility for making sure
we propogate that understanding.”

“It’s important to normalize the presence of women in the outdoors, particularly
the ski industry, because it provides role models for little lady shredders to look
up to and realize that they are just as capable and equal to males and can
succeed at anything they put their minds to, and it also provides more opportunities
for women to get involved.”

“When I’m skiing with a group of like-minded women, I feel really comfortable just
to be myself myself. I feel really happy in where I am. I feel normal. And I feel empowered.”

There are three episodes in the series. Episode #1 takes place in the Chic Chocs in Quebec; episode #2, in the backcountry around Smuggler’s Notch; and episode #3, in Mount Washington, New Hampshire.

Recently I spoke with Sam Davies, Digital Content Creator at Outdoor Gear Exchange, about the videos:

Ski Diva:Why did Outdoor Gear Exchange decide to do this series?
Sam: We wanted to do something new. We often see mid-level athletes who are perfectly good skiers — but not professional skiers — skiing in all sorts of videos people put together, but they are very rarely female. It was important to us to show that you don’t have to be a man or a sponsored athlete if you want to ski in the backcountry. You can be a relatively decent skier and still ski some pretty cool stuff.

Ski Diva: Who are the women in the video, and how did you select them?
Sam: Honestly, it was just a couple women who work at Outdoor Gear Exchange and some of their friends. We asked if they’d be interested in doing this, and they said sure. There wasn’t an official selection process.

Ski Diva: How about the specific locations? How did you decide where you were going to shoot?
Sam: We decided to shoot the Vermont stuff because it’s close by and easy to get to; the Chic Chocs because I’ve been there before and it seemed like a great place to spend a week; and Mt. Washington because it’s such a staple and test piece of New England backcountry skiing. I think we would have been remiss not to include it.

Ski Diva: Was there a specific focus for each location?
Sam: The one main overall takeaway piece was that you don’t have to be a professional skier to go backcountry skiing. Subsequently, the first episode focuses more on the value of taking an all-female trip. The second one focuses more on the importance of finding a group of women in your own local community that you can ski with before or after work or on your day off. And the third is about introducing women to backcountry skiing who haven’t done it before, and the value of experiencing it in an all female group instead of in one that’s male dominated.

And now, sit back, relax, get yourself a snack. Because I think they’re so terrific, here are the three episodes that make up More Than You Think.  I hope you enjoy them as much as I did. 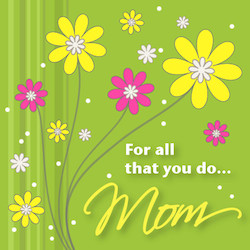 Here’s to you, ski moms!