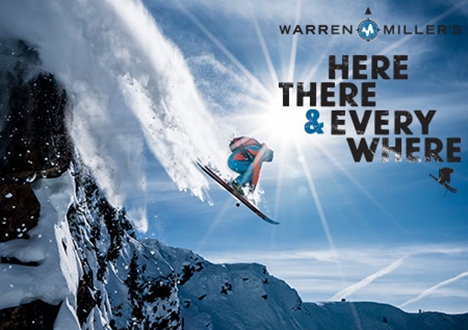 How do you get your ski stoke going? Do you plan a ski trip? Cruise your local ski shop? Go to a ski show? Sure, these are all good options. But for a lot of people, the best way to get excited about the new season is to see the latest Warren Miller movie. It’s a tradition — after all, there’ve been sixty-seven of them. And though Warren is no longer personally involved — and there are lots of other ski movies around — Miller is still the granddaddy of them all.

Which brings me to this year’s movie, Here, There, & Everywhere, because Warren Miller is in it quite a bit. That’s a change from most of the more recent WME movies. After all, Warren Miller sold the company to his son in 1988, who sold it to Time Warner, who in 2007 sold it to the Bonnier Group, a Swedish-based media conglomerate that also owns a roster of snow-sports magazines. So Warren Miller, personally, has been out of the picture, so to speak, for a long time.

Why is Warren so prominently featured? Does it have anything to do with his new autobiography, Freedom Found? Or is the release of the book tied to coincide with the release of this year’s movie? In a world of marketing tie-ins, this wouldn’t surprise me a bit. Nonetheless, I was happy to see him back. He’s 92, and yeah, he’s led an incredible life and definitely deserves props for his contributions to the world of skiing. Anyhow, the movie starts off with two young skiers — Colin Collins and Tyler Ceccanti, specifically — on a road trip to recapture the early days of Warren Miller’s career. It’s sprinkled with vintage clips of Warren Miller and short present-day interviews with the man, himself.

To me, that’s where the movie really shines. I love the back and forth between the past and the present, the old juxtaposed with the new. This follows through in a segment on Stein Eriksen, who passed away in 2015, and a feature on Turner Mountain, an old school ski resort in Montana.

As for the rest of the movie, well, there’s the obligatory Alaskan heli-skiing trip; there’s a travelogue-type segment on Greenland, which I found fascinating; there’s a piece on fat-tire biking in Crested Butte; and of course, there’s the usual big mountain skiing that makes your jaw hang open (how do they do that?). To me, though, it seemed like the movie hopped around a bit. At first I thought it was going to be mostly back and forth between the past and the present day; you know, like compare and contrast. But many of the segments depart from this entirely. It’s almost like there are two different movies going on. Then again, most people probably don’t care. There’s lots of great skiing, and for them, that’s enough.

So I’m sure you’re wondering: are women skiers represented? A bit. Former Olympian Kaylin Richardson makes some appearances, and lord, she’s amazing. There are also two all-female segments — one in Switzerland with Jess McMillan and Grete Eliassen, with some terrific skiing and gorgeous scenery. And then there’s one in Crested Butte with Wendy Fischer and Ingrid Backstrom. While these women are incredible skiers, much of the segment focuses on them as ski moms. Ingrid was seven months pregnant(!) during the shoot, and Wendy has a couple of very cute kids. Really, I have no problem with this. It was heart warming and fun. But y’know, two all-female segments and one is mostly about motherhood? Really, WME?

All the same, Here, There & Everywhere is a fun way to pass a couple hours and to get your ski stoke going. So if you want to see the movie, here’s a list of where it’ll be and when. Enjoy! 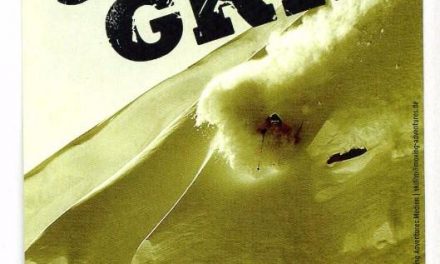 “Off The Grid” not on target. 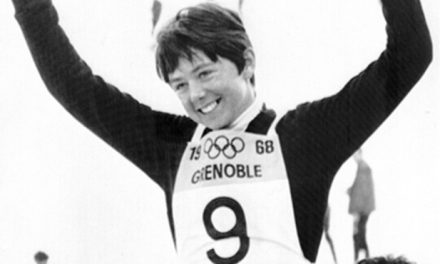 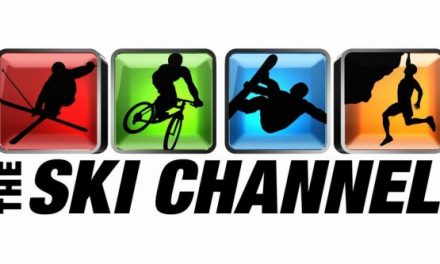