A chat with Maria Baker of Nobody’s Princess: Snow Pants Made By Women, For Women 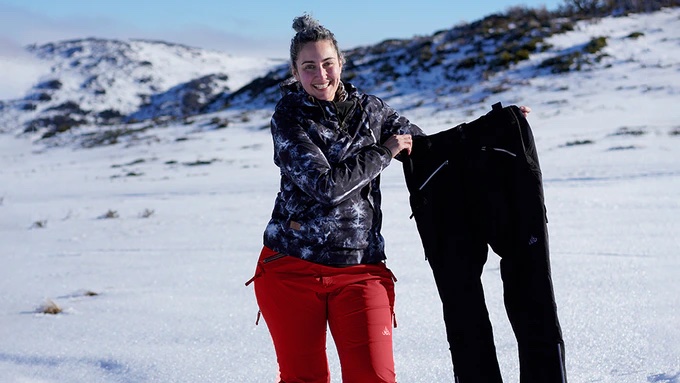 Who here has had a problem with snow pants? Yep, I see you over there. A better question would be who hasn’t had a problem with snow pants. There’s no doubt it’s hard to find a pair with the fit and features women want. But fear not, Ski Divas, because right now there’s a start-up that’s determined to give us what we’re looking for. Nobody’s Princess snow pants are made by women, for women. It’s a Kickstarter being run by a member of TheSkiDiva community that I think bears checking out (but do it soon, because it’s only running through August 17).

In case you don’t know, Kickstarter is a funding platform for creative projects. And Maria Baker, a 35 year old snowboarder from Australia, is using it to raise money to get her company off the ground.

I asked Maria a few questions about her new venture:

SD: So tell me something about yourself. What were you doing before you decided to get into snow pants?
MB: I’m a graphic designer, and before I was making snow pants, I was designing for retailers here in Australia. I’ve never been involved in the fashion industry officially, but I’ve always liked a bit of home sewing. And I’ve always been a hands-on, creative type.

SD: Are you an avid skier or boarder?
MB: I actually grew up in South Australia, where there is absolutely no snow, and began snowboarding five years ago. After doing a season in Madarao, Japan, I learned how to ski at my “local” mountain — Mount Buller in Victoria, Australia — and I absolutely love it. I like to think of myself as an advanced-intermediate rider who’s happy on black runs, and a beginner-intermediate skier who’s happy on blue runs.

SD: How’d you get the idea to design snow pants?
MB: It all came from personal experience. From day one I struggled to find pants that fit well. I actually managed to split three pairs in the crotch from lack of proper fit; just getting something that did the job was close enough. So I got the idea in 2018 — that was my second year on the snow — and it just stayed in my mind until last year. From the get-go I enlisted the help of a technical fashion designer who’d worked at creating outerwear for Billabong. She’s taken my ideas and turned them into reality, all to a world-class standard.

SD: A lot of companies offer snow pants for women. How are yours different? And how’d you decide which features to incorporate?
MB: The biggest thing I knew I could offer was a broader size range. The rest of the features evolved from listening to women. I asked a lot of women, on multiple platforms, what their pants lacked, and the answers were almost unanimous: It was about the shape of the pant, the shape of our bodies, and particulary pockets…. BLOODY POCKETS….. and other features that companies had never changed. So I looked at what was needed, and it was a simple to decide what to include: Things like placing vents so they didn’t contribute to bulk in the inner thigh, insulation, and of course, waist adjustability.

SD: Are there any features that you think are especially cool?
MB: For me the standout feature is the waist adjustability. My pants have both stretch panels and waist cinches. In other pants, there’s usually only one or the other. Not mine. This  makes them unlike anything else out there.  And I love the material. I think it’s almost like skiing in insulated yoga pants! 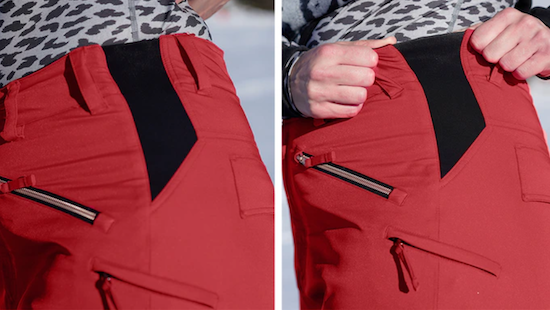 stretch panels make it easier to get these pants on and off and provide an individual fit for your body shape.

SD: How will these pants be produced initially, and how will they be made in the future?
MB: The pants are being made by the same manufacturers that produce a lot of the well known snow brands. It means the quality and standard is right up there. I am not compromising anything with making these pants.

SD: What will your initial offering look like in terms of color, styles, and size, and how do you forsee that changing, once you get off the ground?
MB: At the moment, if the Kickstarter is successful, buyers will have the option of sizes from US4 to US 18/AU 8 to AU 22, black or maroon in color, and short or tall lengths. I’m hoping to extend the size range even more — likely up to a US 26/AU 30, and down to a US 0/AU 4. I’d also like to have multiple length options to cater to more heights, and then expand the color range, too,. If the Kickstarter exceeds its goal, I’ll be able to offer turquoise as a color with this round of production, too.

SD: What sort of challenges have you faced about this, so far, and what do you need to do before we can see these on the market? What happens if you reach your Kickstarter goal? And what happens if you don’t?
MB: Unfortunately, COVID has played a role in delaying the arrival of prototypes, as well as in sourcing some of the cool hardware. And then it’s really about trying to make a great product that helps the majority of women. As a startup, I couldn’t do it all. I couldn’t release with five different leg lengths, ten colors, and six body shape styles right away, but I wanted to start in the right direction. If the Kickstarter hits its goal, I hit ‘go’ on production. It’s as simple as that. And we start getting these pants out to women everywhere. If I don’t, I’ll have to really look at if these are needed or wanted and find other funding options. Part of the struggle of being an almost one-women show is that I don’t have money to spend on marketing, paid ads, and so on. It’s taken nothing but my own time and tears to get  where I am today. Which even means spending all night online on Reddit talking to potential backers through my normal sleeping time…..

SD: How will these be sold? Directly on line or through other retailers? Will they be in stores?
MB: For now it’ll be directly online, but I’m hoping some retailers will want to jump in and stock them, too. A few have expressed interest, but there’s always that line between interest and action.

SD: I’m in the US. Will I be able to buy these without spending a fortune on shipping?
MB: Yes, absolutely. With the Kickstarter the shipping is $30 AUD (Approx. $22 USD), and once I get them on my website, the shipping will likely be free.

To find out more or to participate in Maria’s Kickstarter for Nobody’s Princess, go here. 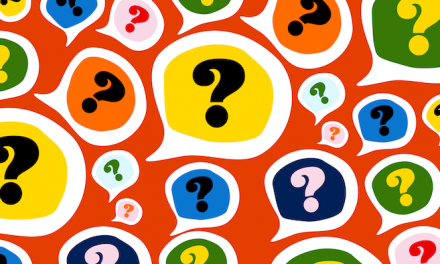 You have questions, I have answers. 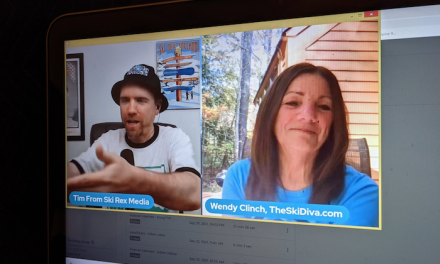 Yes, I have something to say.