A chat with Hilary Engisch-Klein, 2018 inductee to the US Ski Hall of Fame 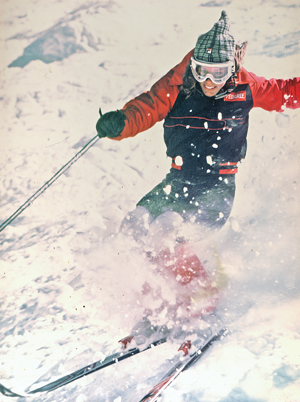 Before Donna Weinbrecht won the first gold medal in freestyle skiing at the 1992 Winter Olympics, there was Hilary Engisch-Klein. (You can read my 2012 interview with Donna here.)

Hilary is being inducted into the US Ski & Snowboard Hall of Fame this year for good reason: she completely dominated the World Cup mogul series in the 1970’s and 80’s, reigning as the overall World Cup women’s mogul champion four times. By the time she retired  in 1987 after nine years on the US Freestyle Ski Team, she had 35 World Cup victories within a five year span. Her record was so impressive that SKI magazine said she was “the greatest female mogul skier alive” and one “who routinely does things that most of us can only dream about.”

Hilary also co-authored a pre-eminent book of freestyle skiing, Freestyle Skiing. She’s remained involved in skiing, serving on the USSA board of directors and as a director of the Vermont Ski Training Foundation. She’s been involved with Special Olympics and the March of Dimes and served as Honorary Chairperson of the Cystic Fibrosis Foundation ski-athon. And she founded Kids On Top, a non-profit that provides winter experiences for children who’ve suffered from serious diseases.

Hilary has been named to the University of Vermont and Vermont Ski and Snowboard Museum halls of fame, and in 1999, Sports Illustrated named her No. 16 among Vermont’s greatest athletes of the 20th century.

Phew. Just typing all this makes me exhausted. And incredibly impressed

I recently spoke with Hilary to learn more about her incredible story.

SD: First, I want to congratulate you on being inducted into the Ski Hall of Fame. That’s phenomenal!
HEK: Thanks so much. You know, it was such a sweet thing to find out. You have to be nominated to be inducted, and my children sent in the application as a surprise for me. I had no idea.

SD: So let’s go back to the beginning. How’d you get started in moguls?
HEK: I was actually in the race program at Smugglers Notch [VT]. I was concentrating on slalom, but then I saw moguls on TV and I thought, hey, I can do that! After that I started entering competitions. They were professional with prize money, so I started off as a pro and was actually earning a good amount of money for a 17-, 18-year old. At the time they were trying to turn moguls into an Olympic sport, so around 1982, they granted us amnesty; we were no longer allowed to compete for prize purses. So we went from being able to support ourselves to not being able to make any money. It was going to be worth it, though,  because we were supposed to be in the Olympics in 1984. Obviously, that didn’t happen. Freestyle didn’t  become an Olympic sport until 1992.

SD: How’d you feel about that – when it finally became an Olympic sport, you’d already retired and Donna Weinbrecht won the gold.
HEK: Yes, the timing wasn’t right.  It’s kind of too bad, but honestly, every World Cup race is like an Olympics. It’s the same people, and you have 22 countries. So I’d already had that experience. We were really serious athletes and we were really good at what we did. It was really wonderful so I wouldn’t trade a thing.

SD: You have such a long list of championships. Does any one stand out for you above the others?
HEK: Obviously, the first one stands out because I was the new person; I didn’t know anyone and I was traveling alone. Those early competitions are when you’re not sure if you can do it — if you can take the pressure and compete — so when you win it’s a really amazing moment.

SD: Does it get old hat after you’ve won so many?
HEK: No. I don’t think it ever gets old. It was such a great time, and I really loved competing. I was very focused and driven, but I wasn’t selfish. I knew at the time that all the people around me were lovely and it was really special to travel all over the place. I really did appreciate it all while I was there.

SD: I know you were also very involved in soccer. How were you able to balance both skiing and soccer, and did one sport complement another? [ed. note: Hilary was a standout soccer player for Champlain Valley Union High School in Vermont, as well as the University of Vermont]
HEK: Soccer is such a great sport for your lower body and balance, and I loved it. It’s great to do a team sport; it’s a relief. When you succeed in skiing, it’s all on you and it’s so nice to be able to work with a team. But I also competed in martial arts, and I honestly think that was better and more helpful in terms of learning how to quiet my mind and body for skiing. I would recommend martial arts to any skier. It’s very meditative and intense. You almost get to a point where you don’t see the person you’re fighting; you feel them, and you don’t see or hear the people outside of the mat, either. It’s exactly the same when you’re skiing. You can be fine at the top, then you get more of a laser focus so that you’re more feeling everything. With martial arts, you’re training your mind in a very different way.

SD: Do you still ski moguls?
HEK: I mostly ski fast and flat. Both my knees are titanium. They’re awesome. I can do everything I want.

SD: A lot of us struggle in the bumps. What’s the most important tip that you can give to those of us who want to do better?
HEK: Keep your hips straight down the hill, and your hands light and in front and then use each side of the mogul to push you back into the next turn, so you really set an edge. When you do that it gives you the power into your next edge set in the opposite direction. Also, look ahead.

SD: So I understand you run a non-profit now called Kids on Top. Can you tell me about it?
HEK:  I started Kids on Top about 5 years ago. I had cancer, and since I’d always worked with children, I asked my oncologist how I could work with children with cancer. She said, well, I had this idea about 20 years ago, we’ve been trying to get this going, and I said, let’s do it. So we got started.

Kids on Top began as way to provide winter adventures to kids that had cancer; after the first year,  we included other diseases, too. We’ve also expanded to include siblings and designed things for the parents. You really see the kids gain their confidence back. They’re learning new skills; they’re learning to rock climb and snowboard and alpine ski and cross country ski. We do everything outside in the winter and they get to spend time with their family. It doesn’t cost them a penny. Right now we probably have 60 kids a season. It’s a great program. You can find out more about it by going to our Facebook page.

To me, it sounds like Hilary is a champion in more ways than one. Again, congratulations to Hilary and to the the entire class of 2018 US Ski & Snowboard Hall of Fame Inductees. In addition to Hilary, these include the late Tom Sims, inventor of the “skiboard”; William Jensen, nationally renowned resort operator; the late Don Henderson, a pioneer of ski racing; Tom Kelly, the leading spokesperson for US Ski & Snowboard; Bode Miller and Andrew Weibrecht, 5-time and 2-time Alpine Skiing Olympians respectively; and Kristen Ulmer, known as the first female extreme skier (you can read my 2007 interview with Kristen here). The new inductees will bring the total to 433 National Hall of Fame Honored Members, of which 125 are still living. 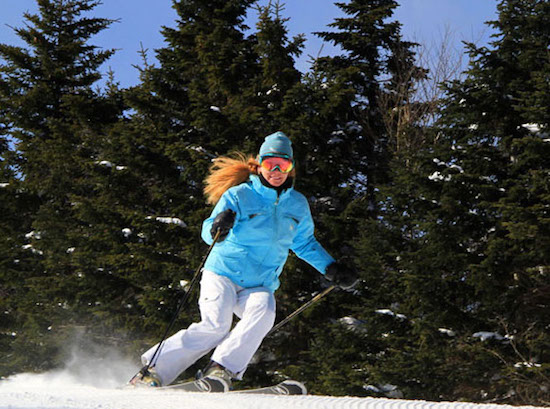 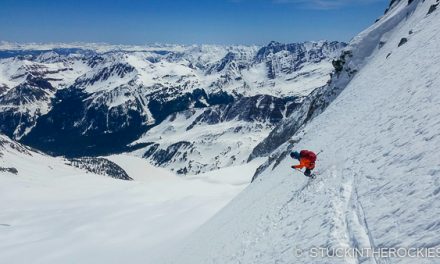 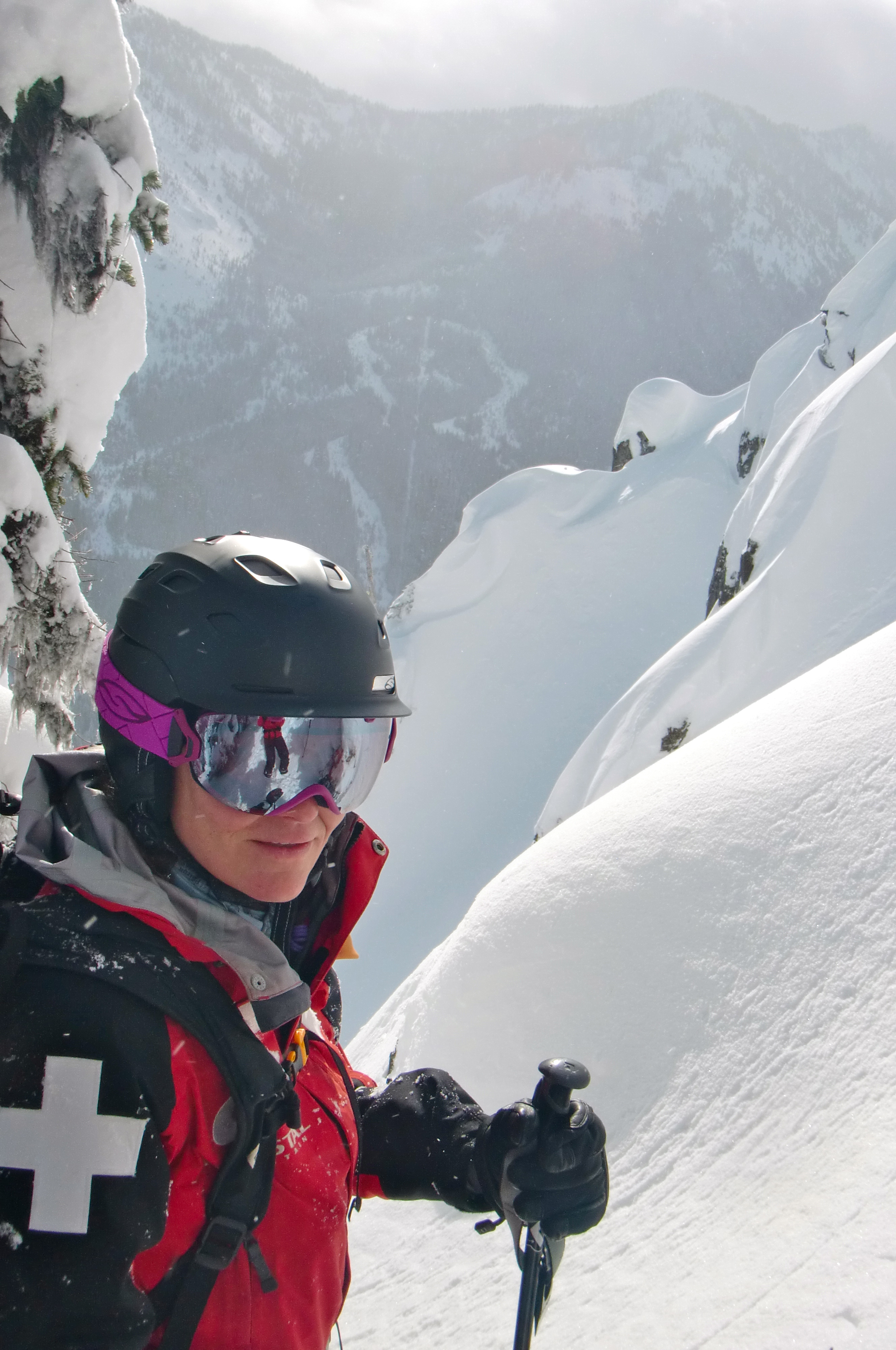