I must have. Broken the curse,  I mean.

It’s obvious — last week I wrote about the severe snow deficit we’re facing throughout the country, and then, look what happens: it snows like crazy in the Midwest and New England,  and the forecast looks good in Colorado, Tahoe, Colorado, and the Pacific Northwest.

Behold! All bow before the power of The Ski Diva!

Regardless, I’m more than a little pleased that winter has decided to finally make an appearance. And just in time for Martin Luther King Weekend, when ski areas rely on big crowds to rake in the dough. I mean, as  much as I hate skiing in crowds and won’t go out over holidays and weekends, ski resorts depend on attracting loads of people  to keep the lifts running. (If you skied then, my undying gratitude.)

So what did I do last Thursday, during the first round of decent snowfall, here in the Green Mountain State?

I hauled out my Atomic Century skis for the very first time. Okay, I’ll admit it. I did something very, very bad — and uncharacteristic, for me. I got these skis without benefit of demoing (phew, confession is good for the soul). This is something I always advise against, but I went ahead and did it anyway. I figured if I didn’t like them, I could always turn around and sell them.

These babies rock. First, just give them a gander: And let me tell you about them:

The Atomic Century has an early rise tip with traditional camber in the middle. This allows it to float in the powder, while giving you the edge control you’ll need in the hard pack. This is really good in the east, where you can encounter all sorts of conditions on the same day — everything from deep snow to bare ice. The day I’m talking about here had loads of nice powder, but the wind had scoured all the snow off the top of the mountain, leaving behind, as they say, “dust on crust.” No matter: the Atomic Century handled it all quite happily. I found them poppy, light, stable, and willing to go, go, go, no matter where I took them: fresh tracks, cut up crud, and yes, even ice. Pretty cool looking, too.

Though my go-to skis (Volkl Tierras) are 156, I went 10 mm longer with these — alllllllllllll the way up to 166, which is longer than any ski I’ve owned in many, many years. Why? The early rise decreases the point of contact with the snow. And in powder, you want a longer length for greater stability, anyway. I have to say I had no problem at all.

So now we have the snow. I have the skis. Keep it coming, Ullr. I’m ready!

So you’re looking for new skis…. 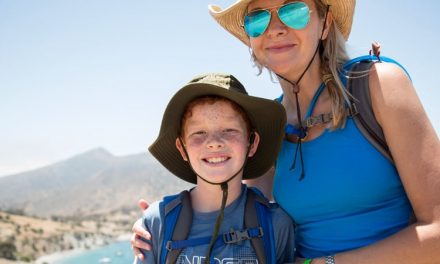