The ski film “DREAM JOB” is hysterical. Here’s a chat with its producer, Colleen Gentemann. 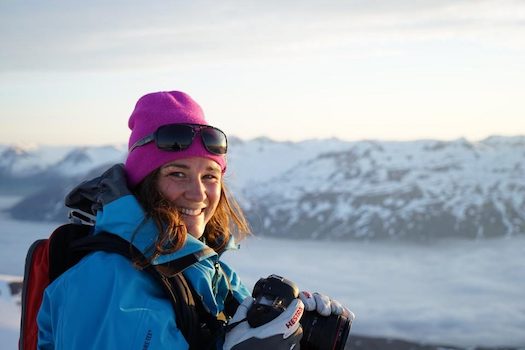 Fall is ski movie time. Warren Miller Entertainment, TGR, Matchstick,  Level 1, gear companies – these are just a few that produce ski films, year after year year. To me, most of these movies are pretty interchangeable. Sure, there’s lots of great skiing. But there’s little to differentiate one from another.

That’s why I was so excited when I came upon Dream Job, a short film by Colleen Gentemann. Colleen is a filmmaker based in Revelstoke, BC, who often produces work that showcases and empowers women in action sports, and Dream Job follows that line. It’s a comedy documentary in which comedian Katie Burrell plays a girl working in the ski industry who decides to become one of its stars. To do this, she follows three amazing women: Leah Evans, founder of Girls Do Ski, Christina Lustenberger, an extreme skier known for her first descents and big lines, and legendary guide Diny Harrison, the first certified female mountain guide in North America. In Katie’s words, They go up, they go down, how hard can it be?

Dream Job premiered September 25 in Vancouver, BC, and it’ll be making the rounds of the ski movie circuit. Sure, like a lot of other movies, it has plenty of great skiing. But it has three other things going for it that are extremely rare in ski flicks: 1) A story line. Most ski movies are just people skiing, usually in exotic locales. Sure, the skiing’s amazing, but that’s pretty much all there is. Dream Job actually has a plot to make it interesting. I liked that; 2) A lot of humor. Seriously, I laughed out loud. The star, Katie Burrell, is hilarious; and 3) An all-female cast, as well as a female producer and director. This year, as in pretty much every year, women are way under represented in the ski film universe. A ski film may have one woman, maybe two. It’s nice to see people on the screen that I can relate to.

Here’s at the trailer:

Intrigued? Me, too. Enough that I decided to interview the woman who made the film, Colleen Gentemann.

SD: So, Colleen, how’d you get started making ski movies?
CG: I moved out west [to Fernie] to be a ski bum and got into photography. As a result, I got a job shooting photos at the ski school, then taking videos to help the instructors with their students. That led to my shooting photos for a cat ski operation, which got me skiing more in the back country. And from there I got more into video and started working with professional athletes. Of course, in the early days my video was pretty amateurish, but then camera technology changed and my world opened up.  I could shoot both photos and video on my photo camera. I got more experienced, and I fell in love with video production.

At first I worked mostly with male athletes, but I found I enjoyed working with women a lot more. I felt like the risk tolerance was more acceptable for me. Some of the men I worked with wanted to push it all the time, but I felt that women have a different attitude. It suited me better.

SD: So what was the impetus behind this film?
CG: I guess what really propelled me over the past few years was meeting Katie Burell, who’s the comedian in Dream Job. We met on a hiking trip Revelstoke, and we started talking about ideas and projects. I wanted to venture out from the classic ski film. I’ve worked on a lot of them, and most of them don’t have too much depth. I know the point is to get people stoked about the coming season and spotlight different brands, but I wanted to do something different.

Then there’s my good friend, Cassidy Randall, who writes a lot about women doing incredible things in the mountains. I was reading an article where she was highlighting a woman who works in avalanche control and forecasting, and it made me think about showcasing women who were doing something different in the mountain industry. So the idea from the movie came from there. I also wanted to make it funny because most ski films are a little too serious, and I think action sports and comedy go nicely together. The project evolved and changed quite a bit from where we started, but I think it ended up the way it should have been.

SD: So let’s talk about the women in your film; the ones that Katie follows.
CG: Originally, they were all supposed to represent a different area of the mountain industry, doing what they do in their own way, in a way that’s uniquely female. But things moved away from that. They’re also all local to Revelstoke; that was going to be part of it, too, though in the end, it didn’t even matter.

It was amazing to work with all three. Diny Harrison was the first certified female mountain guide in North America. She’s an amazing character and an awesome skier, and I loved being able to bring her out to the world; I mean, she’s famous locally, but she’s not sponsored and she’s not someone you’d ordinarily see in a ski film. And shooting with her was so much fun.

As for Leah and Christina, I’ve worked with both of them in the past. I have a long relationshop with Leah, especially – she was one of the people who encouraged me when I was starting out. She’s so multi-faceted; she’s sponsored by Patagonia, but she does a lot of speaking and advocating for the environment. Plus she founded Girls Do Ski to get more women into skiing. She’s so multifaceted that I think people forget just what an incredible athlete she is.

Christina is one of the top performing extreme skiers at the moment. She was an Olympic ski racer, and she skis big lines and first descents that men aren’t even looking at. I’ve worked with Christina on a number of smaller projects, and we just started talking about working together a little bit more. Christina is actually a ski guide, too, but she’s owning that extreme skier sort of niche.

SD: What was the biggest challenge in making the film?
CG: There were a lot. I think the first was just doing a film with four of the most powerful women I know, so of course, those were big personalities involved. Trying to line up people’s schedules and producing everything was challenging, too. And then people have ideas about things and don’t necessarily understand the film making process. Typical ski films start out with an objective, and you go and do what you can to meet that objective. This project was very creative, so it changed quite a bit from where we started. Oh, and dealing with mountain environments is alway a challenge, too. In the end it all came together, though.

SD: There aren’t a lot of women making or starring in ski films, and there’s been quite a bit of criticism about that. What are your thoughts on this?
CG: It’s funny: our film is directed, produced, and stars all women, but I’m not sure I have an opinion. What we’d really like to do with this film is level the playing field. The women in our film are exceptional, both as skiers and as people, and I want people to recognize that for what it is. I feel like sometimes when people say a company has to have a woman in its film, it ends up being kind of contrived. You see that all the time; you get the one token female, and it’s obvious she’s there just to represent. That said, I think women are really emerging in the ski film industry. For example, I’m seeing a lot of women photographers now, which I didn’t when I was first starting out.

I think in general, women don’t get the same recognition and support from brands as men, so it’s hard to get money to make really good content. That creates a bit of  a barrier for us. But I don’t want people to say, ‘Oh, you did a really good job, for a woman.’ I think that’s a little bit repressive for us, as women.  There’s a lot of unfairness out there, to be sure, but I think we just have to keep our heads down, power forward, and support each other, men and women alike. 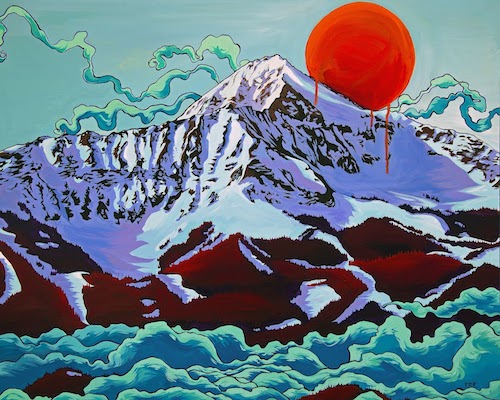 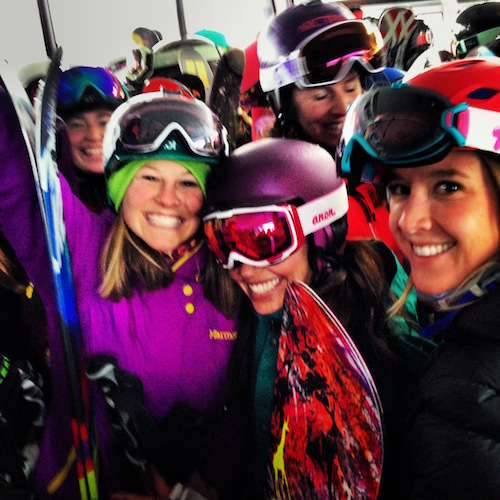 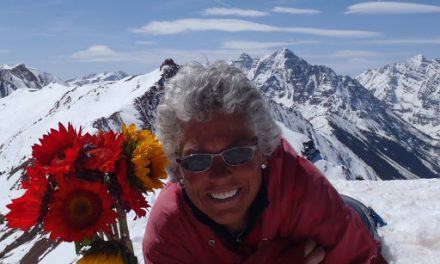 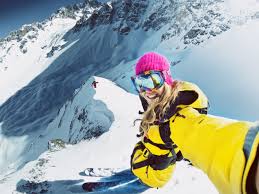