The experts speak: What’s going to happen next ski season. 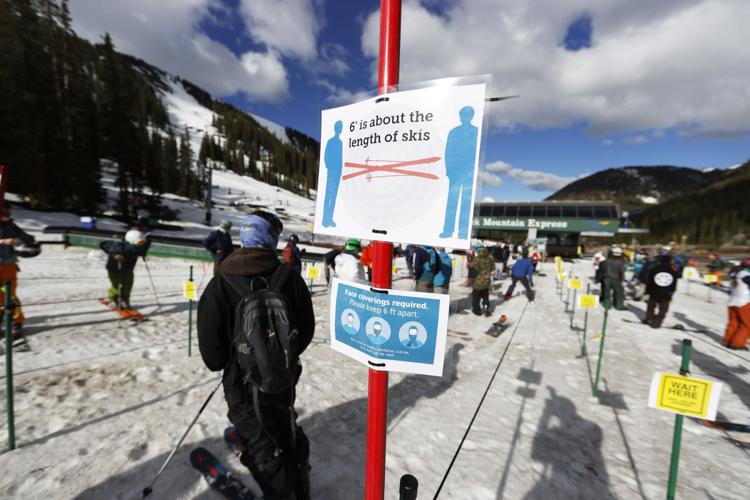 I don’t think I’d be exaggerating if I said that everyone who skis is wondering what’s going to happen next season. And though there’s plenty of speculation, one thing we know for sure: the coronavirus will make it extremely likely that the season will be anything but normal. All of us have lots of questions: Will resorts delay their openings, or (shudder) not open at all? Will mountains limit capacity, and will we have to reserve lift tickets in advance? What about dining, bathrooms, rentals, and so on?

So it was with great anticipation that I tuned in to a ZOOM panel discussion on this very subject sponsored by the North American Snowsports Journalists Association. The panel consisted of the sort of insiders you’d expect to have a handle on what’s going on: Pat Campbell, President of Vail Resorts Mountain Division; Kelly Pawlak, President & CEO of the National Ski Areas Association; Nicholas Sargent, President of Snowsports Industries America; and Rick Kahl, editor of Ski Area Management.

The discussion was about an hour long, and here’s my takeaway:

• The industry took a big hit this year. As in massive. According to Kelly Pawlak (NSAA), US ski visits for the 2019-20 season were down 14 percent from the previous year, or from 59 million to 51.1 million. This made it the lowest year for skier visits since 2011/2012, which was a low snow season across the country. Translated into dollars, that’s a $2 billion loss for the industry. For us skiers, that could mean less money available for resorts to invest in things like lifts and improvements. So not good.

• Resorts are taking a hard look at what’s going on in Australia. Which makes sense, since their season is just getting started. Pat Campbell (Vail Resorts) said her company’s team (Vail owns Falls Creek, Hotham, and Perisher) has been working hard to put together a safe operating plan; they’ve been collaborating with all the other Australian resorts, as well as the public health agencies, to put safe operating procedures in place.  According to Rick Kahl (Ski Area Management), there’ve been some mis-steps along the way. Thredbo’s online reservation system had people waiting on line for hours to buy a ticket, and the resort is sold out now through August 30. That said, it’s a work in progress.

• The safety of skiers is paramount, but so is the overall skiing experience. Pat Campbell (Vail Resorts) emphasized this repeatedly. “If there’s one person on the mountain or 100 people on the mountain, they expect the full resort experience, and that’s what we’re focused on: how we can deliver that great experience across our mountains, regardless of the conditions or requirements of COVID. And we think we can do that.” 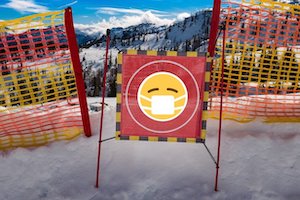 • Expect changes next year. Kelly Pawlak said it’s not going to be the year for rolling out of bed and saying, “Hey, I think I’ll ski at my favorite ski area today.” Instead, those who plan ahead are going to have the best experience. She recommends considering skiing mid-week and non-holiday, when it’s less crowded. Rick Kahl anticipates that resorts are going to encourage skiers to make advance reservations for as many things as possible. They’ll also implement contactless measures wherever they can.

• Summer activities are giving resorts the space they need to try things out. Think of the summer as the prelude to winter operations. It’s going to help them figure out what works and what doesn’t. Rick Kahl says they’re working at two approaches: First,  speeding the process, whatever that process might be; and second, spreading things out to maintain social distancing. Activities like mountain biking, which is relatively easy to social distance, have opened earliest. Adventure parks, where social distancing is more difficult, have been slower to open and will probably proceed more cautiously.

• Gear companies are trying to figure things out, too. Nick Sargent (Snowsports Industries America) says that many are re-evaluating what they’ll be putting on the market, and perhaps holding off to make a bigger push for ’21/’22. As for industry shows, he says things are being evaluated on a regular basis. As of now, plans are proceeding as if things are normal. but it’s a fluid situation subject to change.

• Restrictions on international workers are going to make things difficult. As you probably heard, the president signed an executive order suspending temporary visas for foreign workers until the end of 2020. According to Kelly Pawlak, ski resorts have historically had a difficult time filling positions with American workers and have relied on international workers to fill the gap. The industry is trying to work with Congress to see if they can get some exceptions in place.

You can find a transcript of the discussion (most of it, anyway), at TheSkiDiva forum.

All I can say is cross your fingers, wear your masks, wash your hands, keep socially distant, and stay tuned. It’s a changing situation, and anything could happen. 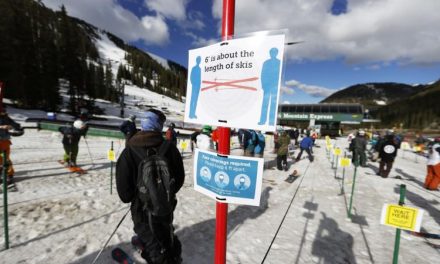 A Pandemic Check-In: How’s the season going so far? 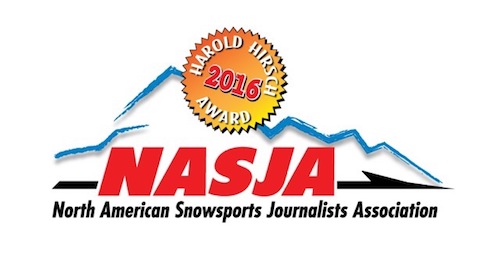