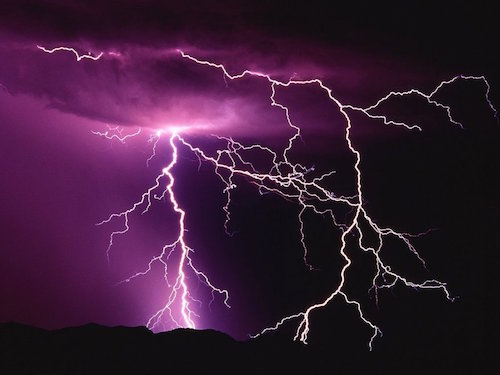 Did you know that over the past 30 years, lightning strikes have killed an average of 48 people annually in the US? Okay, in the grand scheme of things, not a huge number (in comparison, there were 38,300 traffic fatalities last year), but if you’ve ever been outdoors during a thunder storm, you know how frightening it can be. Who can forget the incident on Grand Teton in 1985, immortalized in the book Shattered Air: Two hikers were killed and three suffered life altering injuries after being struck by lightning during a climb. More recently, 62 people were killed in powerful storms that ripped across Bangladesh. So yes, even though 90% of lightning strikes are not fatal, they’re not to be taken lightly (no pun intended).

Here are some interesting things you might not know about lightning:

• There are an average of 25,000 cloud-to-ground lightning strikes per year in the US.

• An average of 1,800 thunderstorms are taking place on earth at any given moment.

• Earth is struck by an average of more than a hundred lightning bolts every second.

• The average flash of lightning could power a 100-watt light bulb for more than 3 months.

• When lightning strikes sand or rock, the extreme heat can fuse minerals beneath the surface into a tube called a fulgurite. Though relatively rare, these “lightning fossils” have been found worldwide. 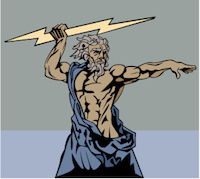 • In Indo-European cultures, the thunder god is frequently known as the chief or king of the gods, e.g. Indra in Hinduism, Zeus in Greek mythology, and Perun in ancient Slavic religion; or a close relation thereof, e.g. Thor, son of Odin, in Norse mythology.

Lightning can strike anywhere. And though it’s a lot more common in warmer months, lightning can occur in the colder months, too. When thunder and lightning take place during a snowstorm, it’s called thundersnow, and if you’re on a chairlift during one of these storms, you better get off as quickly as possible.

In testament to its rarity, take a look at Jim Cantorre’s excited reaction during a thundersnow storm in Chicago in  2011:

There’s a lot of mythology and misinformation about what to do during a lightning storm. And as women who love the outdoors, it’s important for us to separate fact from fiction. So here’s some advice to take with you this summer:

Check the forecast
This seems like a no-brainer. But before you go hiking or boating or whatever, find out if any storms are expected. An understanding of general weather patterns is useful, too. In most cases, thunderstorms arrive in the afternoon, so plan your schedule accordingly.

Gimme shelter
If you’re caught in a storm, the best course is to seek shelter. But that isn’t always possible. Lightning goes for the tallest target, so the best course is to get as low as you can and not be close to anything especially tall. All trees attract lightning because they are tall and contain a lot of moisture, which provides good electrical conduction for the lightning. If you’re in a forest, find some small trees surrounded by taller trees or find a dry, low area like a depression or ravine. Stay away from lone trees and other tall objects as well as rocky outcrops and ledges. If you’re in an open area, find the lowest spot possible and assume the lighting position: Crouch down with your heels touching, head between the knees, and ears covered. Minimize your contact with the ground and do not lie down flat. In all cases, avoid bodies of water.

Ditch the metal
This may not even need to be said, but be sure you’re not in contact with anything metal. If you have a metal-frame backpack, make sure it’s at least 100 feet away from you.

It ain’t over til it’s over
Wait at least 30 minutes after the last clap of thunder to leave your shelter or to resume hiking or backpacking. Be aware of other thunderstorms that may arise after the initial storm.

What are the deadliest wilderness sports, as far as lightning goes?
According to Backpacker.com, it goes as follows:
Fishing – 25%
Camping – 24%
Swimming -18%
Hiking – 7% 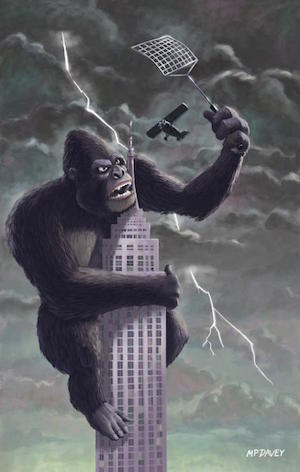 The chances of your being struck by lightning are a minuscule 1 in 12,000. But beware: Scientists say climate change may increase the chances to about 1 in 8,000 by year 2100. And as for lightning never striking twice? Well, that’s a myth, too. Places like the Empire State Building get struck a hundred times a year. So take precautions, stay safe, and unlike King Kong here, don’t climb the Empire State Building during a thunder storm. 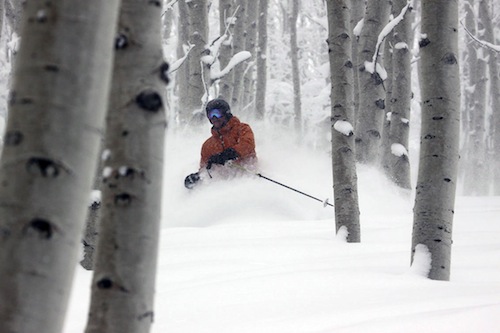 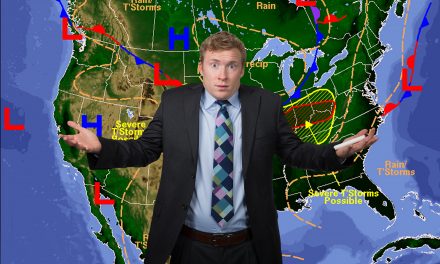 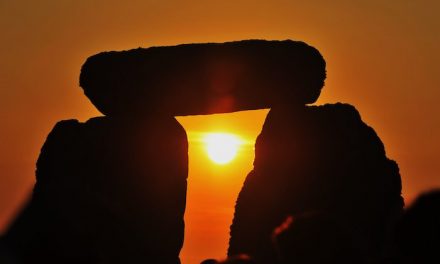