What women want in a women’s ski clinic 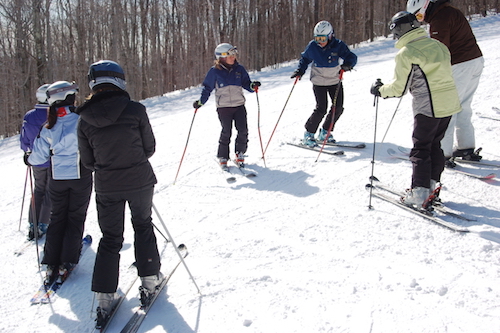 Okay, ski resorts. Time to sit up and take notice.

I know a lot of you offer women’s ski clinics. Heck, a couple of weeks ago I posted a pretty extensive list of the ones that’ll be available in the coming season.

But as they say, there’s always room for improvement. And where better to go for opinions on what works —and what doesn’t — in a women’s clinic than the members of TheSkiDiva.com forum. So, resorts, as you’re planning the coming year’s clinics, here are some things to the Ski Divas had to say on the subject:

• Small classes are a must. One, or even two, instructors are insufficient for a group of 12-15 women. Try to keep it at five women per group to allow for instruction. Just watching us ski without personal input wastes my time.

• Constructive criticism and effective teaching is required. One instructor in the ladies program at [XYZ Clinic] told me that they tried to keep it positive for the women. Women see criticism as hurtful? There has to be a happy medium. If I’m not told that I am in the backseat, how will I know if I am doing it wrong? I paid for the lesson, teach me. Teach me in a positive way. I’m not a snowflake whose feelings get hurt.

• Don’t be afraid to move women around if they’re holding the group back. I paid for the lesson, as did the other women in the group. Don’t be afraid to advance someone, either. If someone isn’t challenged or learning in the level she started in, bring her into the advanced group where she gets value for her money.

• Instead of yoga or whatever, offer some basic ski maintenance, waxing, and tuning instruction.  Or split the group in two. For those who don’t really care to do their own maintenance, have a brief session about what to look for when deciding if your skis need a quick wax or a full tune. For those who want to know more, have a wax and tuning clinic where you can learn what you can do at home.

• I agree that a full on yoga class before or after the ski day (or the assumption that “that’s what women want”) is maybe not appropriate. However, I do think there should be more of an emphasis on stretching before and after the ski day. Skiing is an athletic sport and hopping on the lift and charging down the first run is asking for an injury; taking off your boots and immediately sitting down for a beer or getting in your car to drive home is also likely to lead to stiffness and soreness. I actually think leading the group in 10-15 minutes of stretching before and after the day is a great idea.

• For me, being in a women’s-only clinic isn’t about learning some subtlety to skiing that’s significantly different from how men ski. It’s about being in an environment where a man (either the instructor or other skier) isn’t going to mansplain to you, isn’t going to jump in before you have a chance to ask or answer a question, and isn’t going to turn it into a competition when it doesn’t need to be. So fostering female comraderie and support is really important, too.

• If I were at a women’s clinic and learned that our group’s leader was a man, and that the explanation was that he was their “best” instructor, that would tell me that the mountain didn’t think any of their women instructors were good enough to teach the clinic. That might be correct, in some sense, if one of their male instructors regularly got accolades for years and years from every kind of student, and if none of the women instructors seemed to be beloved by their students. But I would still ask for my money back and post on this forum that this ski school is insensitive to women’s issues. If you don’t have a decent female instructor on staff that you’d trust to lead the group, don’t offer a women’s clinic.

• All things being equal in terms of technical competence, what makes an instructor the “best” might have to do with social skills or empathy, so I think a women’s clinic should have a female instructor. Even if your male instructor is basically the Alan Alda of ski instruction, I still think that there are plenty of good reasons for women to teach women-only clinics.

• I much prefer having a half-day lesson in the morning than a full-day clinic. Then it’s easy to relax or practice in the afternoon.

• It would be nice if there were alternatives if someone had to miss a session in a multi-week program. For instance, suppose a multi-week program covered 4 consecutive weeks, but one of the days turns out be  super cold and the trails are sheets of ice, so a student opts to stay home. Could there be a credit towards a group lesson at another time? Or could the instructor spend 15-20 min with the student after the next lesson?

• There need to be more lesson series that meet over the weekend. I liked the 10 week series I did last year — every Sunday, same group/instructor. It’s a bargain compared to regular lessons.

• Ski resorts are missing out by not offering clinics to parents of the kids on the ski teams. Why wouldn’t you offer some type of program for them? They’re there every weekend with their kids, anyway.

• A perk at [XYZ Clinic] was free demos. There was also a talk about gear one morning before the lifts opened. Examples of skis and different styles of boots were explained and passed around. I think a coupon for a free boot evaluation from a local ski shop was also included. And there was a coupon for half-price off a full tune.

• I’d like to see a baby back country class, since it’s the fastest growing segment of skiing.

• I’d like to see a a women-only introduction to the park — learning to do baby jumps, small box slides, rails, things like that. I think a lot of women ignore park features, but it seems to me that some of the skills would translate well to skiing in trees and bumps and are just a fun extension of what you can do with good form and technique.

• At [XYZ Clinic] they used to have a separate women’s and mens’ clinic days.  A discounted lift ticket (I think only $20) would include free rentals, lesson, and lunch. It seemed a good way to introduce people to the hill and/or the instructors. Unfortunately, they did it on a weekday, which limited the audience. Also, it was late in the season. I would think earlier in the season you might entice more newbies to sign up for lessons or a pass.

• I really like when women’s-only classes include a discussion about the mental side of skiing/sports and how women approach situations differently from men. Maybe this could happen over lunch or during apres ski during a two-day clinic.

•  I’m new-ish to skiing and have been really frustrated with much of the instruction I’ve paid for so far, which has felt to me to be short on substance. I’m not new to athletics and to being coached, and I hate it when an instructor is short on useful feedback but is sort of vaguely encouraging because I’m a middle-aged-lady-intermediate skier and they assume that I’m just looking to ski blue groomers better and can’t handle criticism.

To read the thread in its entirety, go here. 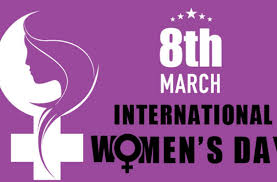 Get The Girls Out 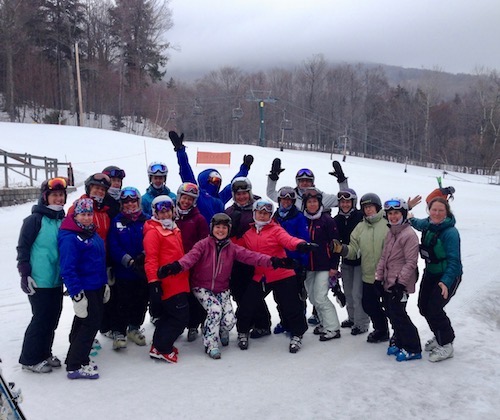 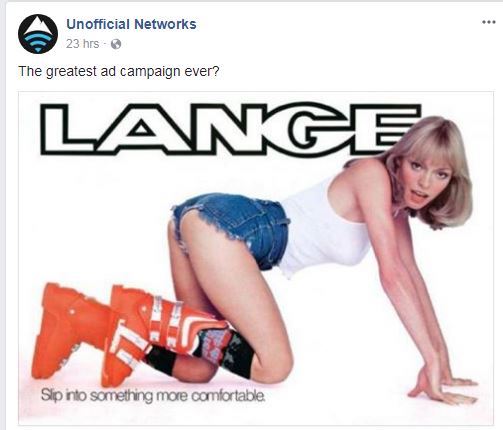 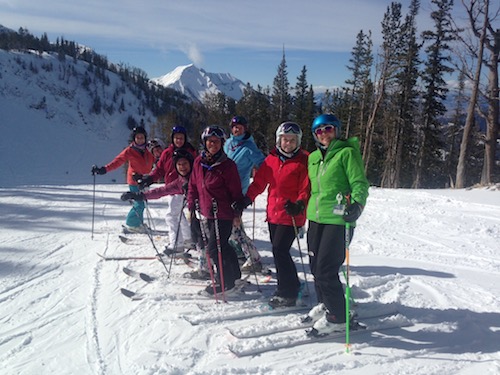