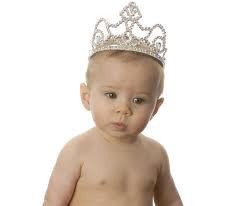 So the event of the summer has arrived.

No, I’m not talking Wimbledon or the TV debut of Sharknado or anything like that.

This is much, much bigger. Yep, I’m talking about the birth of the third in line to the British throne, who at this very moment still remains nameless. (Then again, Royals very often have nicknames, like Bootsy or Kip or something like that. So maybe it hardly even matters what he’s christened.)

To me, there’s a much bigger issue at stake than whether he’ll be called George or Alexander or James. Or even when or if he’ll ever sit on the throne (poor Charles. Maybe the Queen should just retire?)

Of much more concern to me is this: Will he be a skier or a snowboarder?

There are valid arguments for each: 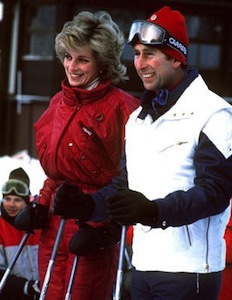 No two ways about it, skiing is more traditionally royal. Everyone has seen pictures of members of the royal family on skis at places like Merebel or Courchevel. (That’s Charles & Diana, on the left.) So if the Royal Peanut is a skier, he’ll get to follow in the footsteps of those who’ve come before. He’ll get to hang out at the most exclusive resorts in the world, with access to the very best instructors, equipment, and so on. And believe me, he’ll never, ever wait have to wait in a lift line.

Here’s his chance to make a statement. I don’t recall seeing any of the Royals snowboarding. Ever. And as much as I love skiing, it’d be kind of cool to see a Royal breaking out of the box. What I wouldn’t give to see him in those baggy snowboarding pants with the crotch down to his knees, ripping down the half pipe and playing in the park. What do you think his Royal Great-Grandma would say?

Of course, there are those who say he doesn’t have to do either. Perhaps not. Perhaps he could just follow in his Dad’s and Grandpa’s footsteps and play polo, the Sport of Kings. Wait a minute — what about combining skiing and polo? I sense a new sport catching on: Ski Polo! Are you with me on that?

Or should we just stick with more conventional snowsports? And if so, which will it be: skiing or boarding?

Eleven Things You Can Do To Have the Best Ski Season Ever. 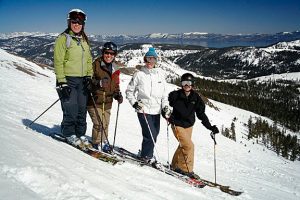 Another "What should I demo?" post (appreciate the help!)

Hi Everyone! Long time lurker/reader, with a particularly active year on this forum in 2008 I had very little recollection of! (Is there anything more embarrassing than reading things you've… [...]

Who got the most ski this year?

("Birders" just means bird-watchers in birder lingo...) I got into this after my last trip to Costa Rica, where we had a guide who would take us on sunrise bird… [...]

As the title suggests... We gave Breaking Bad a try: with all the Emmys it has won, critical acclaim, raving fan base - but it's not for us. It's way… [...]

Do you call yourself a skier?

MissySki said: ... Is it worth it with so little terrain open and very heavy wet snow coming? Usually the answer for me is absolutely yes, but I'm currently feeling… [...]