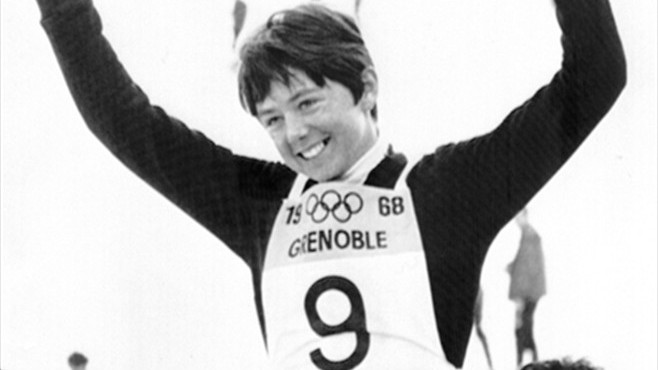 But if you’re an American, you may have missed someone else who really stands out:

In Canada, Nancy Greene is a pretty big deal. With good reason, too. Nancy won Gold and Silver medals at the 1968 Olympics in Grenoble, France, and overall World Cup titles in ’67 and ’68. Her total of 13 World Cup victories is still a Canadian record, and she’s won 17 Canadian championship titles in all disciplines. Since retiring from racing shortly after the Olympics, Nancy has been instrumental in promoting ski tourism in Canada, and in 1999 was named Canadian Athlete of the Century.

Not bad at all.

I just finished watching a very interesting documentary called “Nancy Greene, On the Edge.” The movie traces her racing career and has a lot of terrific old footage (how did they race on those long, skinny skis and leather lace up boots?), along with some fascinating interviews with Nancy and her coaches, family, and teammates.

For me, the best thing about the movie was the way it showed Nancy not just as a racer, but as a human being, as well. Her competitive drive, her concerns, her spirit are well documented, giving us a more rounded picture of a person who’s more than just an athlete. It was also an interesting portal onto a different era. Seeing how she raced on that equipment is pretty incredible. But more than that — after she won the Gold, the City of Vancouver gave her a ticker tape parade. Children were given a holiday from school. I can’t imagine this happening today. Times have definitely changed.

Nancy was also one of the first Olympic athletes to capitalize on her Olympic medals. This is pretty standard stuff now, but groundbreaking when she did it back in the late ’60’s. The movie addressed this and showed how she grew into the businesswoman she is today.

There’s no question that Nancy was, and continues to be, an inspiration to skiers everywhere — more particularly, to women skiers. You might want to check out “On The Edge.” If you’re not a Nancy Greene fan, I think you’ll become one. 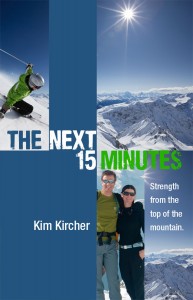 Book Review: The Next 15 Minutes