Those of you who’ve read my blog for a while may remember my post of May 31, where I celebrated what looked like the almost certain addition of women’s ski jumping to the 2010 Olympic roster.

In its infinite wisdom, the International Olympic Committee (IOC) voted down the addition of the sport to the 2010 Olympic games. Seems that last year, influential IOC member and International Ski Federation (FIS) President Gian Franco Kasper told National Public Radio that ski jumping “seems not to be appropriate for ladies from a medical point of view.”

Excuse me, I think I’m getting a case of the vapors. Maybe I better unlace my corset.

According to the IOC, there are not enough nations and participants to justify adding the event. However, since 1995 women ski jumpers from over a dozen nations on three continents have been competing on a women’s elite competition circuit. By 2010, women’s ski jumping will have held four World Junior Championships and a World Championship.

Does this make any sense? Not to me. But then, I’m just a silly, addle-brained woman. 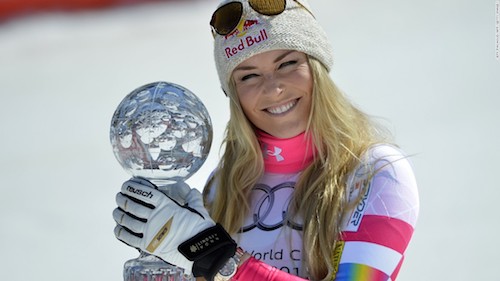