Is Consolidation Good or Bad for the Ski Industry? 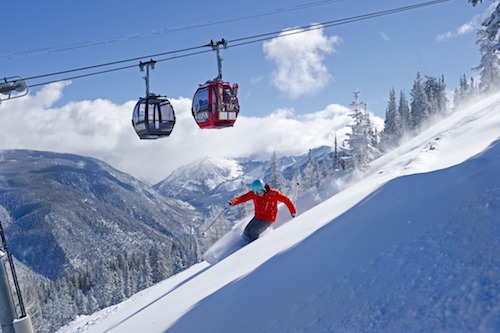 In recent weeks, the ski world has been rocked by a number of acquisitions: Vail bought Stowe, and then Aspen and KSL Capital Partners formed a partnership that led to the purchase of Intrawest resorts, followed by Mammoth, June, Bear, and Snow Summit.

Consolidations are nothing new, though they seem to be getting more and more common. Let’s take a look at the biggest, so you understand who owns what (keep in mind, though, that things could change any moment):

Vail Resorts owns Vail, Beaver Creek, Breckenridge, and Keystone in Colorado; Heavenly, Northstar and Kirkwood in the Lake Tahoe area of California and Nevada; Park City and Canyons in Utah; Afton Alps in Minnesota; Mt. Brighton in Michigan; and Stowe in Vermont.

And let’s not forget Boyne Resorts, which owns Big Sky in Montana; Boyne Highlands and Boyne Mountain Resort in Michigan; and Crystal and Summit at Snoqualmie in Washington. Boyne also has long term operating agreements with —but does not own — Brighton in Utah, Cypress Mountain in British Columbia, Loon in New Hampshire, and Sugarloaf and Sunday River in Maine.

So is this good? Is it bad? And what does it mean for skiers?

Depends by what you mean by good and bad. After all, it’s a matter of perspective.

For skiers,  it may mean lower lift prices — at least for now. For example, let’s look at what’s been happening in Vermont. Days after Vail bought Stowe, Killington slashed the price on adult season passes by several hundred dollars, to $899. Sugarbush dropped the price of its early-bird adult season pass from $1,149 to $799, extended discounts to skiers up to age 40, and announced that it would join the Mountain Collective network for the first time. And Stowe became part of Vail’s multi-resort Epic Pass, which means skiers will pay less than half of the $1,860 Stowe charged for its adult pass rate this season.

There are other benefits, too. Ski areas are capital intensive, and the deep pockets of large corporations can mean greater investments in things like lifts, snowmaking, grooming, on-site amenities, and so on. It might even mean better salaries for resort employees, which can help attract top tier people to its resorts. And it can mean investments in more and better non-skiing activities, which are essential in turning the resorts into four-season destinations — which is critical for their survival in the face of climate change. What’s more, a growing roster of mountains under multi-resort passes, like the Epic pass  or the Mountain Collective Pass, gives skiers greater access to some of the best skiing in the world. Nothing wrong with that.

But still, I’m conflicted. I’m always a little nervous when one company gets too big in any particular industry, and I’m afraid this is what we’re seeing here. Sure, Aspen-KSL and Vail are doing well now. But a bad year could cause problems not just at the Mother Ship, but at all their resorts, across the board. What’s more — and this applies to Vail, a publicly traded company — there’s a responsibility to shareholders to continually improve its bottom line. And this doesn’t always engender practices that are to customers’ liking. For example, If Vail decides to increase its lift prices, a lot of people at a lot of mountains are screwed. The competitive incentive is gone. And that’s not good.

For the acquired resorts, there’s the issue of having a remote corporate overlord. Will decisions have to be approved by someone hundreds of miles away? Everything from expansion plans to the color of ski school jackets may now have to through a number of corporate layers. Will pay for employees go down, instead of up? Will issues that affect the community get the consideration they deserve? And will the acquired resorts become more and more homogenized, so they bear more resemblance to one another and lose the characteristics that once made them so unique? Finally, will the emphasis become less on skiing and more on real estate development, retail, and off-slope amenities?

I’m also worried about the tremendous influence these large companies have in the ski world. Whatever Vail or Aspen does — good or bad — can have a profound effect. If Vail offers a particular amenity, for example, a lot of other resorts are going to feel pressure to do the same, whether it makes sense or not.

Which leads me to the following: all this makes it increasingly difficult for smaller ski areas to survive. What’s the incentive for a skier to go to a smaller, independent resort, if they can purchase an Epic pass and have access to multiple resorts for the same amount they’d spend for one? And with Vail and Aspen having such deep pockets for investment, how can a smaller area compete? Before you shake your head and say, well, that’s the market at work, survival of the fittest and all, consider this: Since the 1980’s, roughly 33% of US ski areas have gone out of business and up to 150 more are considered threatened by industry experts. Sure, there are a lot of factors that have caused this to happen. Many of these places were smaller Mom and Pop hills. And though they had limited lifts and trails, they also nurtured beginner skiers and served as feeder hills for resorts like Vail. What’s more, they offered something larger resorts generally lack: a measure of character and community involvement that goes to the heart of what skiing is all about.

Are there ways for smaller areas to stay competitive with the consolidated resorts? Not many. In recent years, the ski industry has seen little to no growth, so skiers who go to one resort tend to take  business away from someplace else. In short, one resort tends to cannabilize another. For example, Vail sold about 50,000 season passes less than a decade ago. Now the number is closer to 550,000. These skiers are choosing Vail over some other resort. And while it’s great for Vail, it’s not so great for wherever it is they’re not going. One organization that’s trying to help smaller areas compete is Mountain Riders Alliance. MRA is involved in forging partnerships with community ski areas to help them become sustainable, community-oriented playgrounds that focus more on skiing than on real-estate development. I interviewed Jamie Schectman, one of MRA’s co-founders, here.  He has an interesting perspective that’s worth checking out.

So what does the future hold?

Don’t expect to see many changes for ’17/’18. The Intrawest resorts will honor current passes for next season, including the Rocky Mountain Super Pass and the MAX pass. And according to Mike Kaplan, Aspen Skiing’s president and CEO, there are no immediate plans to change lift ticket prices or amenities at any of the acquired resorts.

Longer term, things could get interesting. But it certainly makes you wonder who’s next in the acquisition line-up. Jackson Hole? Crested Butte? Telluride? Sun Valley? Will Aspen-KSL and Vail make further inroads into the East? And what about the smaller groups, like Powdr or Boyne? If Intrawest can be acquired, can one of these be purchased, too? Will we eventually be left with just two ski companies?

One thing’s a pretty safe bet: We haven’t seen the end of this trend. Stay tuned for more……. 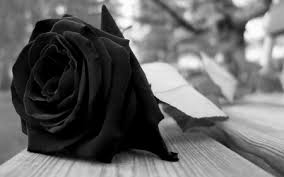 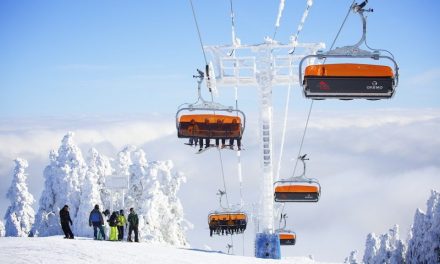 The Vailification of the Ski Industry.