This week is Halloween, the traditional time of the year to think about ghosts, witches, and things that go bump in the night — you know, the sort of stuff that scares us silly. But fear isn’t something that’s relegated to a particular holiday. It’s something that most of us deal with from time to time, even while we’re skiing.

I don’t know about you, but I have mixed feelings about fear. On the one hand, it’s a kind of self-preservative. It can keep you from doing something stupid, like jumping off a cliff or skiing out of control or dropping into Corbet’s Couloir if it’s beyond your ability.

On the other hand, fear can also be a prison. It can keep you from things that could be fun or even life altering. Like skiing that extra steep slope or leaving that spirit-crushing job or dumping that boyfriend who’s no good for you, anyway.

I’ve been thinking a lot about fear lately, and how it can hold you back. Not long ago I heard someone on the radio say, “Everyone is scared.  It’s doing it anyway that takes courage.” And it really hit home.

Believe me, I’ve had my share of fear. I’m as guilty as anyone of looking at a ski slope that I know I can ski and saying, “Ahhhh, I think I’ll go another way.” This is something I’m working on. The head can be a powerful deterrent to all sorts of things.

All the same, I think I’ve done a number of things that some might consider fearless. My husband and I left well established jobs and struck out on our own, starting our own ad agency that kept us going for 19 years. And when his first book, FINN, came out in 2007, we closed this same agency, sold our home in suburban Philly and moved to Vermont,  a place we truly loved, even though we had no jobs, family, or friends there.

Yes, these were scary. But you know, they turned out fine. And it taught me a lesson: Sometimes you just have to hold your nose and jump in.  Because if you don’t, you’ll never end up doing anything new. And that can make for a pretty boring life. [Shameless plug: my husband’s latest novel, MARLEY, came out earlier this month, and it’s fantastic.]

Most of our fears are unfounded, based on patterns of thought we’ve created or false beliefs or scenarios. But that doesn’t make them any less real. And even though fear is completely normal, it can also be debilitating. The trick is learning how to leave your comfort zone behind so you can achieve things you never imagined possible.

So how can you move beyond fear to become truly fearless? Here are a few tips:

Explore your fears’ origins. Fearless people realize that fear is not so much about what scares you but why it scares you. For example, do you fear skiing a particular run because you’re afraid you’ll fall, or because you’re afraid how you’ll appear to others? Did you get hurt doing something once, and fear being hurt again? Recognizing where your fear comes from is an important first step in figuring out how to deal with it.

Ask yourself: What’s the worst that can happen? Chances are it’s not that terrible. I heard somewhere that 80% of fears never happen, and I’m willing to bet there’s some truth in that. Is fear making a difference in your life? Is it preventing you from achieving something you’ve always wanted to do? Is it keeping you in the same old rut? Sometimes you just have to hold your nose, take a deep breath,  and jump into the deep end to move forward.

Don’t try to be perfect. After all, no one is. If part of what’s holding you back is fear that you won’t be perfect, forget it. You’ll never get there. Instead, take a realistic view of your abilities and what the outcome may be. Allow yourself to make mistakes — after all, that’s when learning and growth really occurs.

Build your confidence. Fearless people don’t spend time worrying about the worst-case scenario — they prepare for it. Don’t be afraid to ask for help. In skiing, this could be as simple as taking a lesson or practicing, practicing, practicing something you’ve already learned.

Break your fear down into smaller chunks. Taking things in smaller steps can make overcoming your fear a lot more manageable.

Visualize yourself being fearless. Studies show that visualization can be particularly effective in reducing fear and anxiety. According to research, visualization helps create a new neural pathway that primes your body to act in a way that’s consistent with what you’ve imagined. Even though this occurs without your actually performing the physical act, it provides a similar result. So if you visualize yourself doing something without fear, it can help you perform without fear, in real life. 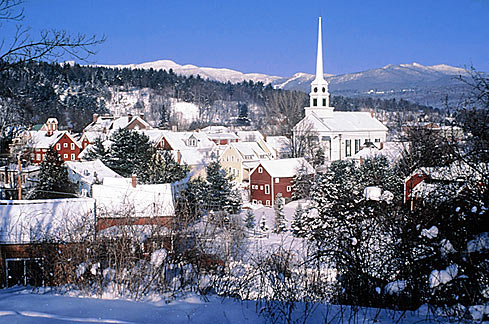 11 Things I’ve Learned Since Moving To A Vermont Ski Town. 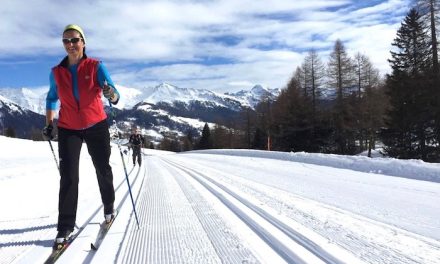 So you want to try cross country skiing.