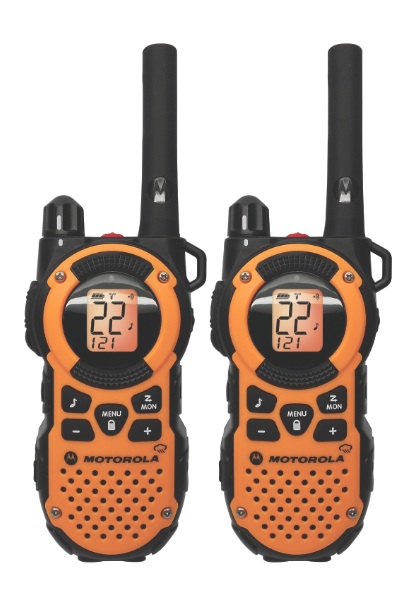 We’ve all heard the stories on the news: someone is stranded/lost/injured in the forest/desert/gully by the side of the road and uses their cell phone to call for help. Rescuers arrive, and all is well.

What amazes me is not that these people were rescued, or that they even had the presence of mind to dial 911. It’s that they had cell phone coverage to start with. See, here in Vermont, cell phone coverage is spotty, to say the least. Chances are a story like this would have a much different ending. Sad, but true.

I don’t mean to turn this into a rant against cell phone coverage. Better to leave that for another time. But now that you know how it is here, maybe you can understand how excited I was when Motorola asked if they could send me their Talkabout MT350 Two Way Radio to review.  These babies seemed like the perfect solution for communicating on the mountain. I could actually find out where my friends were skiing. Let someone know if I had a problem. If I was going to be late. Where and when to meet for lunch. The possibilities were endless.

Out of the package:

The Motorola Talkabout exudes self confidence. Built out of heavy duty plastic, it looks like it can hold up under the toughest conditions. Maybe it’s its orange and black safety color scheme, but I don’t think so. It just feels rugged. The manufacturer says it’s splash and dust resistant, so it’s perfect for use in both wet and dry conditions.

The design is nice, too. Not only is it ergonomically designed to fit nicely in your hand, but the buttons and knobs are sized so they’re easy to manipulate.  There’s also a nice, readable display, though to make the proper settings, you’ll need to become familiar with a lot of mysterious icons (more on that later); some of these are kind of small, too. The radio operates uses either a NiMH rechargeable battery pack or 3 AA alkaline batteries and beeps when the batteries are low.

For transmissions, there are 22 channels to choose from, a variety of interference codes, and 7 NOAA weather channels (more on this later).

Sadly, I haven’t been able to use these skiing yet. Hey, it’s still pre-season, at least here. But I did give them a try.

Let me start by saying  I’ve never used a two way radio before and really had no idea what to expect. Which means I had to rely heavily on the manufacturer’s instructions. This, I think, was Motorola’s weakest point. The instructions could have been a bit more clear and basic. And the font is awfully small.  What’s more, the buttons and display icons on the radio are a little bit mysterious. I wouldn’t recommend just pushing things to figure out how it works. Which brings me back to the manual. In spite of its shortcomings, read it, anyway. Even though you may have to break out a magnifying glass (which I actually did) or read sections over a few times,  it’s still better than nothing.

That said, operation of the radio is fairly simple. You turn it on using the large knob on the top (this is how you adjust the volume, too).  To transmit, you push the largish button on the side, then release it when you’re done. Motorola says the communication range is up to 35 miles under optimum conditions. I don’t know what those conditions are, though I was able to communicate radio-to-radio at 2-1/2 miles.

The Motorola Talkabout MT350 is more than just a radio. It’s a flashlight! An emergency signal! A receiver of emergency weather reports! All these things are built in, giving it a Swiss Army knife appeal. Call me a sucker, but I loved all the extra gee-gaws. Especially the emergency alert. I set it off just for fun, and believe me, I’d want this with me if I went down in a remote part of the mountain. Much more effective than that little whistle I carry now. The alert sounds for 8 very noisy seconds, after which your radio will transmit any spoken words or incidental sounds on your end for 22 seconds.

Other features: you can set it to vibrate instead of ringing to notify you of an incoming transmission. You can also set it to tune in to broadcasts by the US National Oceanic and Atmospheric Administration (NOAA) Weather Radio and Environment Canada Weatheradio, and even receive emergency weather alerts.  There’s voice-activation for hands-free transmissions, and a selection of ring tones to choose from. And it can transmit different call tones to other radios in your group to alert them you want to talk. There’s also a dual watch scan, so you can monitor two channels at the same time, as well as noise filtering, which helps ensure uninterrupted communication with other Motorola radios with this feature. This also filters out unwanted transmissions from other radios, and is particularly useful in busy areas, like ski resorts.

I liked its design and durable construction. I liked how easy it was to use. And I liked all its features.

On the downside, it does require some study to make optimum use of everything it has to offer, as well as to understand the various settings and display icons. I’ll readily admit, however, that this could be a failing on my part, since I had no prior experience with two-way radios. And as I said before, the manual could be a bit clearer and easier to read.

Will I use this skiing this year? Definitely. Did I think it was a good product? Absolutely. Should you buy it? If you want a 2-way radio that’s rugged and durable, I don’t see why not. 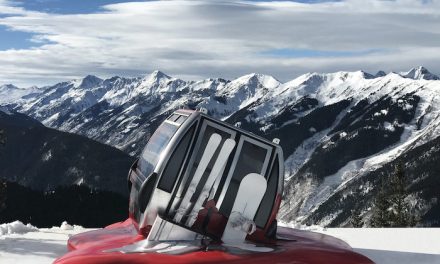 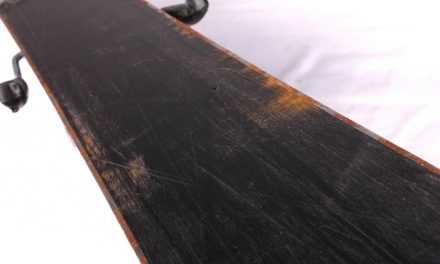 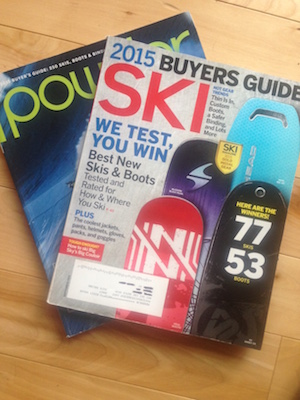 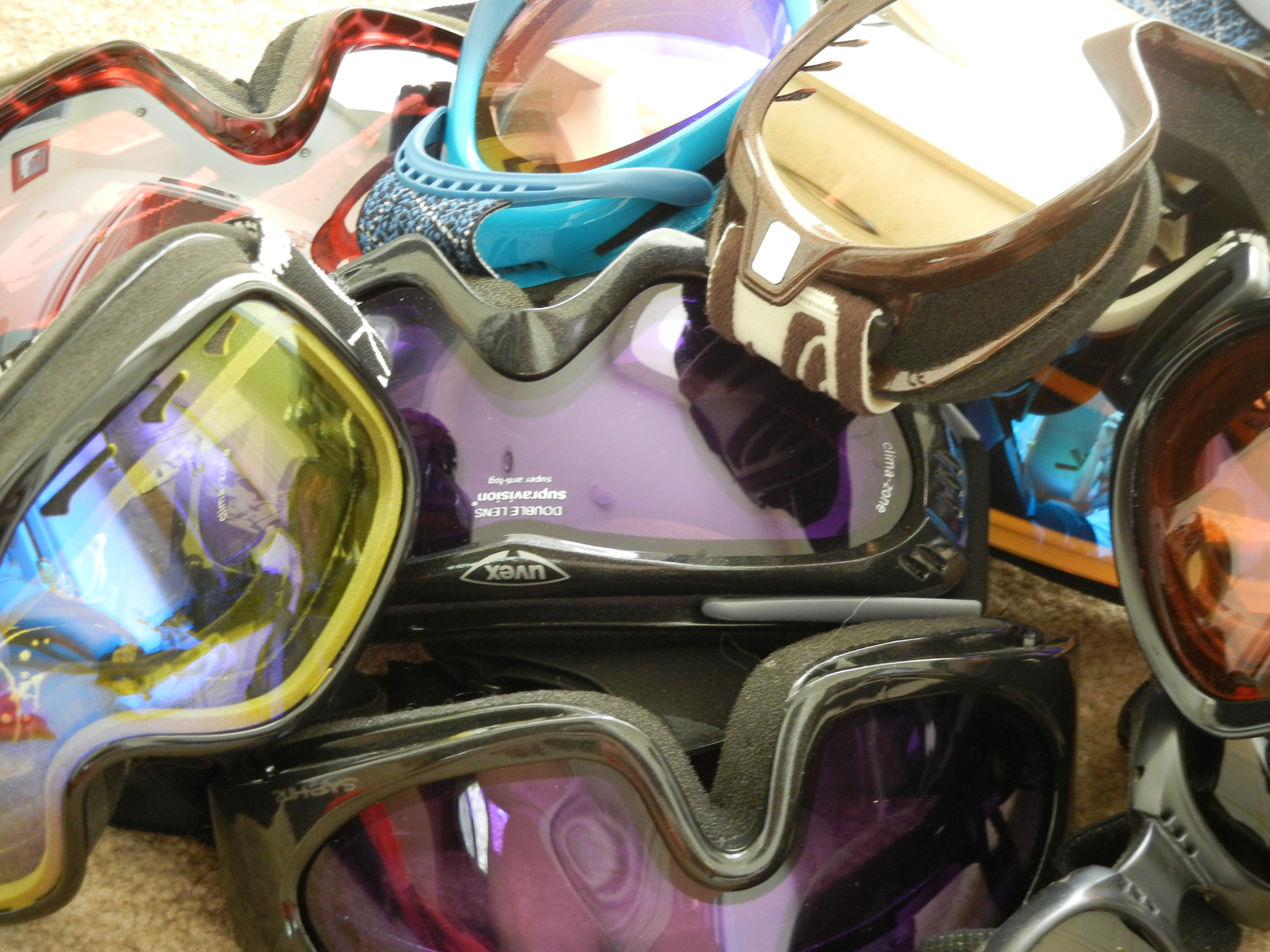 O Say Can You See?