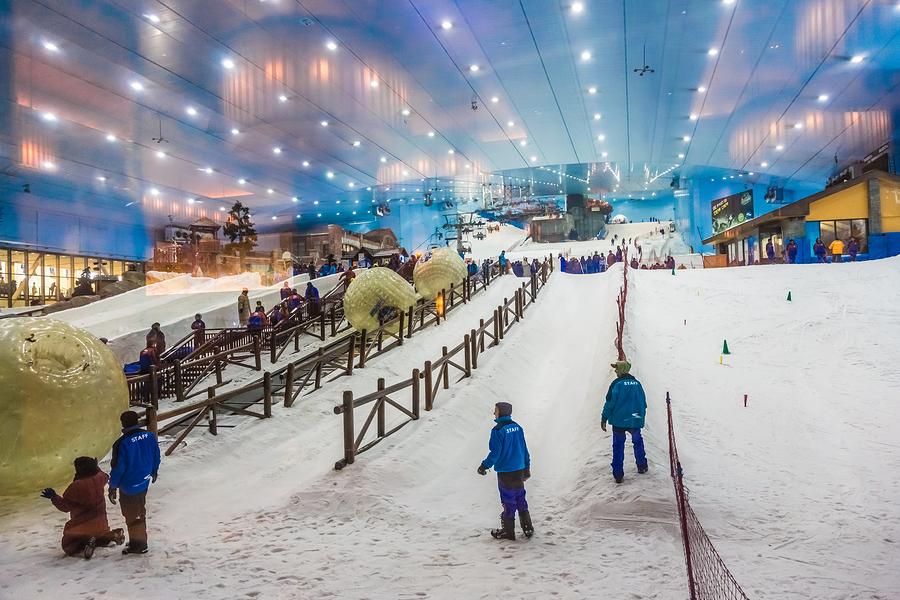 Yes, I’ve heard: Mammoth has extended its season into August, and Utah, Breck, and A-Basin are still going strong. For those of us who can make it to any of these, good on ya! I’m officially jealous. But for the rest of us, unless you go to the Southern Hemisphere, you’ve got a long, hard slog til ski season starts again.

Which makes the development of, shall we say, alternative ski methods so intriguing. Sure, nothing can beat skiing on genuine snow on an honest-to-goodness mountain. But alternative methods can have their benefits, too. You can ski in the summer. You can ski without spending hours on the road (many are in or near urban centers). And you can hone your skills or train in the off season,

And here’s something else to consider: climate change. With warming temps, alternative methods might eventually be the only game in town. Yeah, I don’t like to think about it, either, but it’s something we may all have to deal with at some point.

So here are your choices:

Indoor skiing isn’t new. According to Wikipedia, the first known ski slope, called Schneepalast (German for Snow Palace), opened in Vienna in 1927 and operated through the following year. Today, there are indoor slopes everywhere from China to France, from the UK to Spain (see the bottom of this piece for a complete list). While biking in The Netherlands this spring, I even rode past one operated by SnowWorld in Zoetermeer. 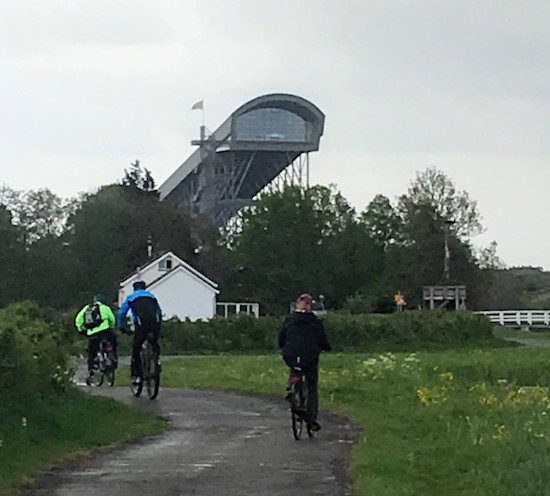 What is new is that indoor skiing is coming to the US. American Dream, a new mega mall opening in East Rutherford, New Jersey, will be home to the first indoor chairlift in the United States. Big SNOW, the first indoor snowpark in North America, is located just five miles from Manhattan, home to over 20 million residents and 65 million tourists that visit annually. American Dream is proposing to build another indoor ski facility in Miami, Florida, while another company is proposing an indoor slope in Austin, Texas. I’ve heard rumors of one in the works for Las Vegas, too, but was unable to find anything concrete.

If you live in Virginia or the DC Metro area, indoor skiing is coming to you, too. Alpine-X and SnowWorld have proposed a 450,000-to-500,000-square-foot facility on a closed landfill in Fairfax. This will include a 1,500-foot ski slope, sky bar, event facility, a 100-plus room hotel and multiple dining and drinking establishments. The summit will reach an altitude of 280 feet.

Synthetic, or “dry” slopes are fairly common in the UK. And right now, there are three in the US:

Liberty Mountain, Lynchburg, Virginia: Liberty’s 550-ft artificial slope opened in 2009, making it the first artificial slope in North America. The surface is made of Snowflex, a material very much like a thicker version of artificial turf, but painted white instead of green. Nozzles are spread throughout the hundreds of feet of carpet, blasting mist onto the material to make it slippery. An hourly pass at Liberty is $8., a day pass Sunday through Friday is $25., and Saturday, it’s $30. Liberty is open noon to 8 Monday-Friday, 10AM-Midnight Saturday, and noon to 6PM on Sunday. 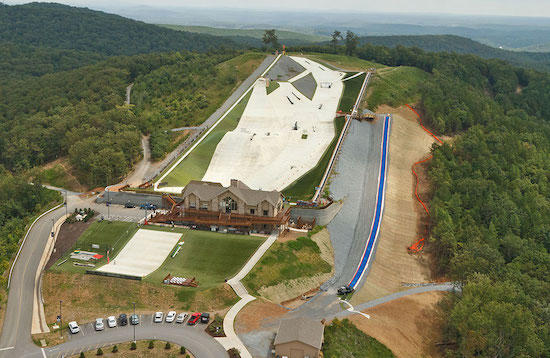 Buck Hill, Minnesota: Opened in 2016, Buck Hill’s 1,000 feet slope uses a synthetic material made by an Italian Company, Neveplast. Neveplast’s material is sort of like a plastic carpet made of honeycombs and bristles. The surface is groomed each day with a lubricant to keep it slippery, without the use of water.

Powder Ridge, Connecticut: The newest of the bunch, Powder Ridge’s artificial slope is only a year old. And though it measures just 525 feet, the surface will be extended to 2,000 feet in length during a second phase of development. Powder Ridge uses 365, a synthetic material made by a Swiss Company that’s essentially a series of synthetic mats with plastic polymer “fingers” that stick up above the surface. Open Saturdays and Sundays, 10AM til dusk. A day pass is $24. 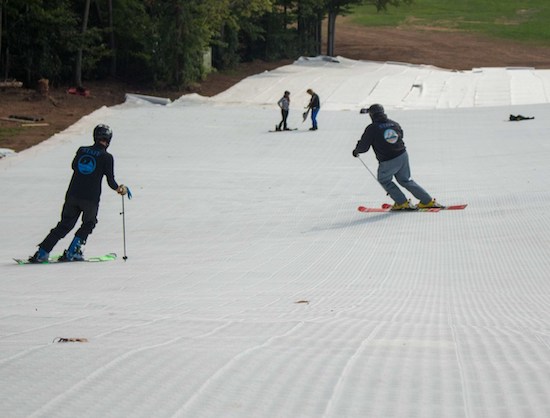 Not near a synthetic slope? How about a simulator?

Picture an inclined rolling treadmill made of a high-tech composite material. Presto, you have a ski simulator! Practicing on simulator lets you hone your technique in a controlled environment, when you can’t get on the mountain. It’s sort of like skiing on a conveyor belt, or a moving carpet. There are loads o these made by a variety of manufacturers. Here’s a promo video by Maxxtracks, a company that makes, installs, and supports ski simulators:

And now, as promised: From Wikipedia, a list of the indoor ski slopes currently in operation. 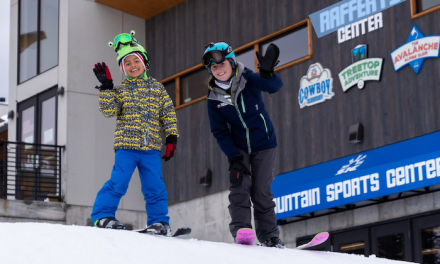 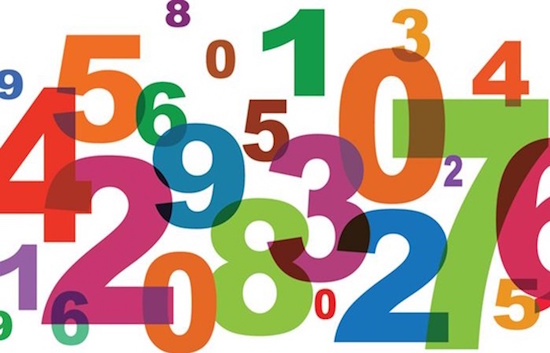