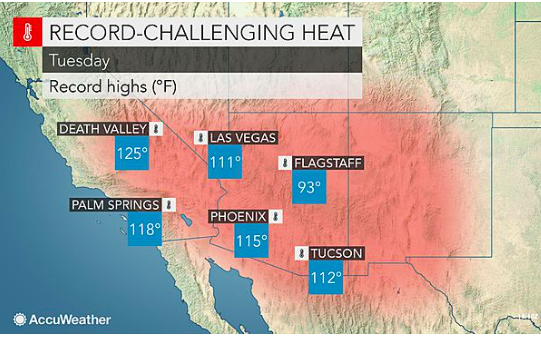 The weather news out of the southwest over the past few days has been positively historic.

On Sunday, Phoenix topped out at 118 F, the fifth highest temperature ever recorded in the city. Blythe, California, set an all-time record high of 124 F on Monday. And these are only a couple of the record-shattering highs that have been popping up all over the region. In Southern California, The National Weather Service reported 17 daily heat records on Sunday alone.

Heat is nothing to mess around with. According to federal data, it actually causes more deaths annually in the United States — about 130 — than flooding, lightning, tornadoes, hurricanes or cold. In fact, Phoenix fire officials blamed the severe heat for the deaths of four hikers over the weekend,

I don’t mind summer, but these temperatures are crazy. Once it reaches the 80’s, I’ve pretty much had it. And with yesterday the first official day of the season, there’s no doubt we’ll be seeing a lot more really high temps in the next few months. 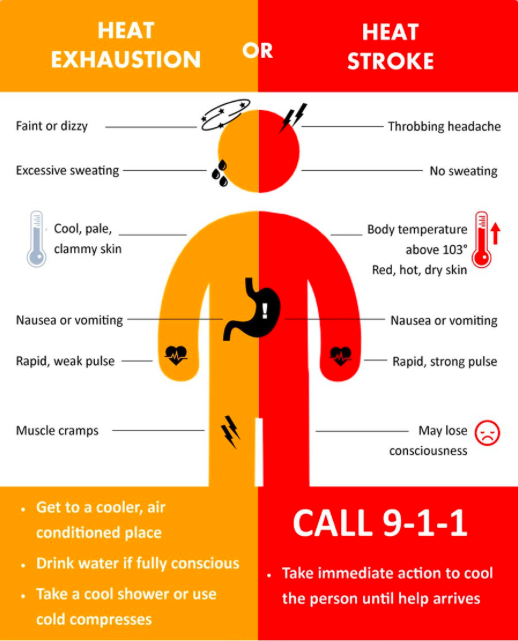 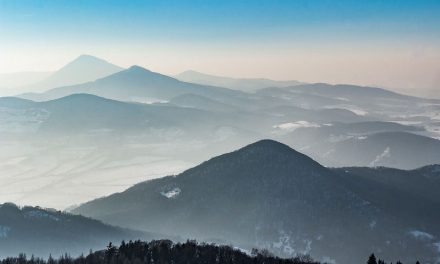 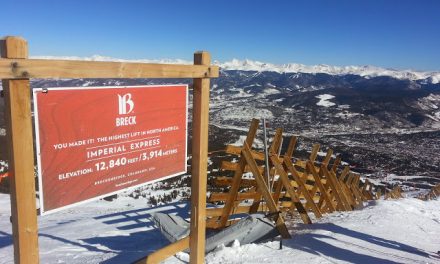 Backcountry skiing the Amish way starts with a bike ride