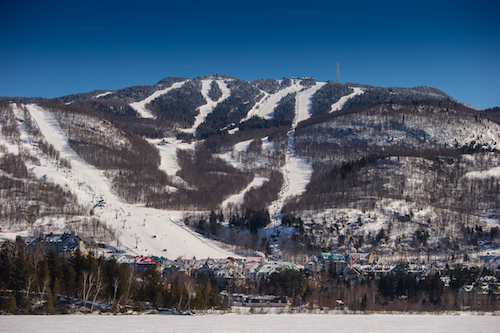 Sometimes it’s hard to get motivated. I mean, I only live a few hours from the Canadian border, and until this past week, I’d never, ever been to Mont Tremblant.

Sure, I’d heard about it for what seems like forever. I’d seen how time and time again, it gets rated #1 in SKI magazine’s annual round-up of Eastern ski resorts. But to get in my car and actually go? That was another matter.

Well, last week I finally made it. I’m a member of the Eastern chapter of the North American Snowsports Journalists Association, and this year our annual meeting was held in Tremblant. I’m so glad it was; now that I know what I’ve been missing, I’ll be sure to come back.

Mont Tremblant is the second-oldest ski resort in North America (Sun Valley, Idaho, is older). But the Mont Tremblant you see today is relatively new. The mountain was acquired by Intrawest in 1991, who has turned it into a world-class destination.

Yes, I said world class; Tremblant has so much to offer that I think it deserves that designation.

Why? Consider the following:

The mountain: For all of us Ski Divas, this is by far the biggest concern. Sure, good food and accommodations are nice, but if the mountain doesn’t delivery, frankly, we’re not interested. Never fear. Mont Tremblant has loads of great terrain for everyone. First, some stats:

So what did I like? First, every part of the mountain is easily accessible. All the lifts go to the top. And once you’re there, you can ski the north, south, or soliel (sunny) side. So if it’s blowy or the snow’s not great on one part of the mountain, you can easily move to another and chances are it’s entirely different. Second, there’s literally something for everyone — lots of long, long trails with a good amount of pitch; super fun glades; great bump runs; terrific views; along with plenty of greens for those who’re just starting out. Some of the favorite trails: Jasey Jay Anderson, Duncan, Mcculloch, Taschereau, and lord knows what else; I just followed the guides around. It’s all good. 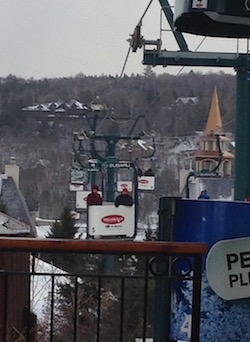 The village: Spread out across the base of the mountain is a pedestrian village, otherwise known as Quartier Tremblant. Constructed in the early 2000’s, it’s built in a style that’s reminiscent of Quebec’s Old City. And sure, it’s probably a bit Disney-esque. But it’s also very convenient and loaded with hotels, shops, and restaurants, all within easy walking distance of each other and the slopes. We stayed at the Ermitage du Lac, but others in my group stayed in the Holiday Inn Express and the Marriott Residence Inn. To get to the slopes, you can either walk or do what I did: take Le Cabriolet, the commuter lift that skims over the village’s rooftops to land you steps away from the gondola base (my husband said it made him feel ike Mary Poppins). 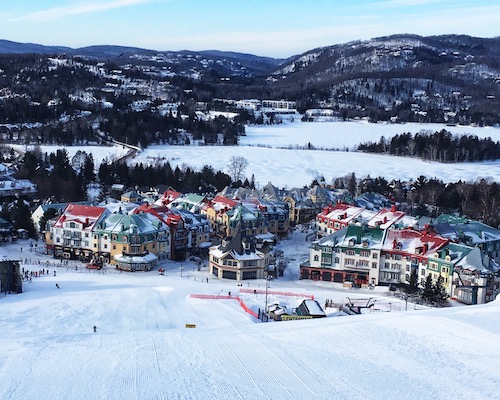 Old World Charm: Tremblant is French to the core; well, French-Canadian, anyway. So you get this Old World-I’m-in-another-country feeling without ever having to cross the Atlantic. It’s lovely, everyone speaks both French and English (which makes it easy for those of us who aren’t bi-lingual), and the food is terrific. Speaking of which….

Lots of dining options: The village has tons of restaurants. A few we had the chance to enjoy include Gypsy at the Westin (great tapas), Le Shack (try the burger), La Diable (wonderful beer options), and Windigo at the Fairmont (great atmosphere and menu). All were very, very good. But if you want to stop and warm-up while you’re skiing, I recommend The Refuge, an on-mountain on-trail cabin that’s positively charming. A great place to stop for hot chocolate by a wood stove. 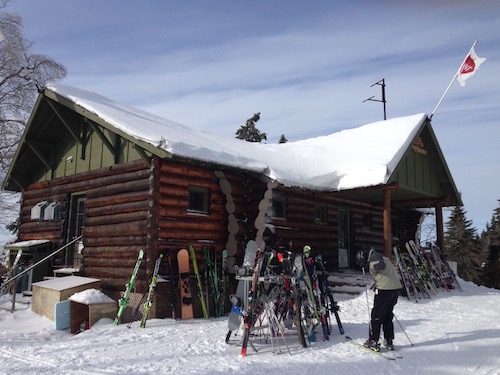 And lots of non-skiing activities, too: Sure, I was too busy skiing to do anything else. But if you come to Tremblant and have people who want to do something besides ski, there are lots of great options: Ice skating in front of the picturesque St. Bernard Chapel; gambling at the Casino; dog sledding; snow shoeing; fat tire biking; cross country skiing, spa treatments….the list goes on and on.

One of the best parts of the trip was that I had the chance to ski with two other members of TheSkiDiva.com. (Ski Divas are everywhere!) They gave me a local’s tour, as well as their own thoughts on why they love to ski Tremblant:

Judy: There are many reasons I love Tremblant. It’s an easy hour-long drive from my house, and we can park very conveniently on the North Side (not the main side of the mountain), just steps from the lodge. Often the car is so close we use it as a locker. As for the skiing, there’s plenty of choice and you can ski all day never doing the same run twice. There’s also plenty of variety: lots of groomers but also fun ungroomed stuff and glades. And because of the various “versants” (sides) to the mountain, you can stay in the sun all day long. Snowmaking and grooming are excellent. Some people complain about flat runouts at the bottom but you can make use of these – this is where I learned to carve. As passholders who park on the North Side we tend to avoid the busy-ness of the South side, but should we want to enjoy a longer lunch or browse some shops, we can head down to the pedestrian village for a totally different experience. Oh yeah, did I mention the views are great?

Jill: Here’s what I love about Tremblant…
The vertical: There’s over 2,000 feet, compared to places near me in Ontario. Most of these have only have 300 to 400 feet. Even Calabogie only has 760 feet, and that’s the highest in Ontario.
Terrain: There are lots of choices for everyone.
The people:  I have so many friends who ski here.
Things to do beside skiing: Lots of stuff, spas, shopping, dog sledding, tubing, XC skiing, snowshoe….
Conditions: They do try to make it great. Mother Nature can play games, but management makes the best of it.

Are there any downsides?
Depends on your perspective. I’ve heard some people say they don’t want to ski in Quebec because it’s cold. Yes, that’s true, there can be cold days. But you know, it is winter. Skiing is a cold weather sport, and yes, it gets cold everywhere. If you dress warmly and take a break here and there, you’ll be fine.

I’ve also heard some people say that it’s hard to get to. If you’re not within driving distance, Mont Tremblant has an airport with direct flights to New York and Toronto. And there’s an airport in Montreal, too, an hour and change to the south.

All I can say is that it’d be too bad if you let any of this get in the way of a great ski trip. So go to Tremblant. You’ll have a blast. 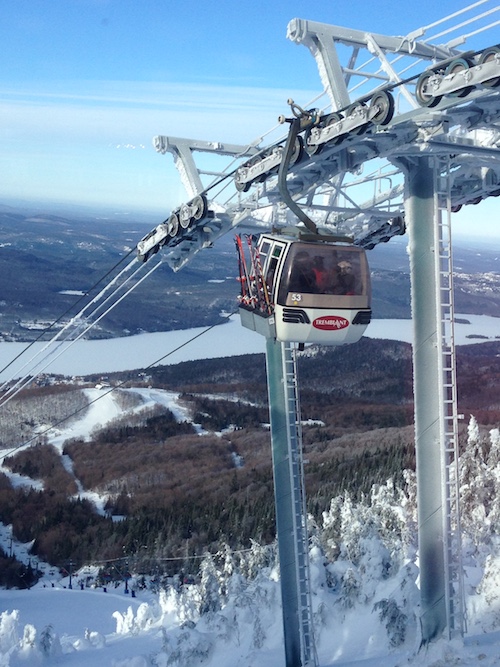 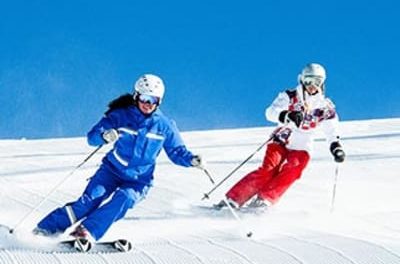 Vail must be reading TheSkiDiva.com.

How to survive a snowless ski vacation in New England.

Finding "the Flow" of Skiing

Every year, someone here loses their enthusiasm for skiing. Some post about it; some do not. I' [...]

We are heading to Europe this Saturday. The ski rental company that I have signed up with pretty muc [...]

Hello, I had a complete hip fracture from a skiing accident 15 months ago. It was a brutal recovery, [...]

For those who started skiing later in life.....

I’m here at Sun Valley right now, tagging along with my husband to a Western Trauma Surgical Associa [...]