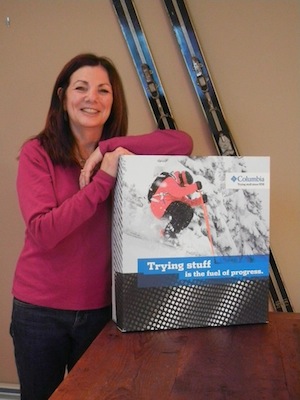 Columbia Sportswear has asked to include me in a group of ten people whom they term  “particularly influential in the outdoor industry, both on and offline.” Members get early access to Columbia’s new technologies and gear, as well as opportunities to test it out in “epic locations” (their words, not mine, though I can’t wait to find out exactly what this means).  In return, Columbia asks for honest feedback on their products, and for members to share our feedback with the social media world .

Of course I’ve accepted.  I’m not crazy. I love to try new gear. The box you see in the pic contained a Millenium Blur jacket, Bugaboo pants, Bugaboo interchange gloves, a midweight 1/2 zip top,  a midweight pair of tights, and a balaclava.

Does all this mean I’m going to automatically give Columbia a free pass? Will I say that everything they make is marvelous and  you should all run out and buy it right away?

I don’t do a ton of reviews, but when I do, I pride myself on being honest and objective. I’m right up front about that with anyone who sends me stuff.  And yes, I’m still going to review other products, too. In fact, I have a jacket from Free Country already in the queue, once it gets cold enough to try it out.

That said, I have to hand it to Columbia. The idea of having a group of ten company outsiders on hand to try out new stuff, provide them with feedback, and post reviews  is marketing genius, and something I think all companies should do. And I also give them a big thumbs up for reaching out to me, a representative of the women’s ski market. Because even though a lot of companies make women’s gear, frankly, I hear from very, very few. And as someone who used to be in advertising and who’s now the administrator for the leading online community of women skiers, I’ve always thought this was somewhat of a failing.

So yes, in the coming season, you’re going to see reviews for Columbia. But never fear, I have not been co-opted, bought, or turned into a Columbia zombie. I’m just a girl who’s now an #Omniten. And I think it’s going to be a whole lot of fun. 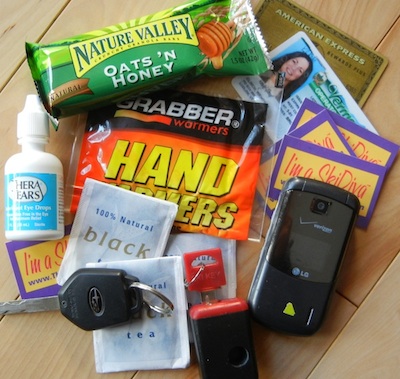 On Pockets: The Forgotten Ski Accessory

The sound of music.

Highlights for Women from the 2017 SIA Show.