We spent 10 days in September taking a tour in China. We started out in Shangdong province and spent most of our time in and around Beijing. The highlights were the history, the architecture, the beauty, the food, the five star hotels and our travelling companions. We had a fabulous time...Here goes.

Day 1: We began our tour in the city of Jinan, the capital of Shangdong province. On the drive from the airport to the hotel, we stopped for lunch and then to walk around Daming Lake, a popular park. We stretched our legs, took photos, and tried to chat with some local sightseers. The Chinese seem to really like taking photos with Americans. I guess we are regarded as something of a curiousity. My blond hair does attract some friendly attention, and we took pictures with several Chinese couples.

Our hotel the first night was a fairly new and modern Ramada Inn. After resting, the group walked to a nearby restaurant for a good dinner, then most of us were "early to bed" after the long 14 hour flight and the day's activities.

Day 2: We left Jinan and began the ride to Tai'an. Along the way we toured a Confucian temple, ate another great lunch, and took a horse and buggy ride before checking into a very new and gorgeous Sheraton Hotel.

Day 3: spent a second day and night at the Sheraton. We toured the Dai Temple, a Taoist temple originally built around 200 BC. After that we spent a short time at a large farmer's market. We then drove halfway up Mt. Tai to a small restored village, where we participated in the ancient art of paper cutting, saw some traditional houses, and made our own pork and leek dumplings. We then had a lunch consisting of the dumplings along with about 8 other dishes.

Day 4: Got up at 6:30 am to catch the 8:05 bullet train to Beijing. If you think that TSA is tough, you would be amazed at the level of checking that is done before boarding the bullet train. Our baggage was x-rayed and the larger suitcases were almost completely dismantled and every item was scrutinized. We then passed through a second checkpoint where all items were x-rayed again.

The bullet train is amazing. It is incredibly fast, smooth, and quiet. The seats recline, have plenty of legroom, and are very comfortable.

We went to the Temple of Heaven, had a Tai chi lesson, then had 2 hours of free time to shop in a mall specializing in silk, pearls, luggage and toys. I bought 2 very cute blouses, one silk and one linen, for a (bargained) total of $40.

We then attended an amazing exhibition of Chinese acrobatics.

Day 5: Toured the Great Wall. Unfortunately due to knee issues I was unable to scale the wall. I only went up a few flights of stairs though Randy made it to the top. The stairs are very uneven and steep. The wall itself was a thrill to see and one of the highlights of the trip.

The Great Wall was followed by a tour of the "Summer Palace", which was originally built during the Ming Dynasty but has been expanded over the years. It is a large park with beautiful buildings and landscaping. It was another highlight of the week.

We then traveled to an area of Beijing called "Water Town". It is a small town which backs on another section of the Great Wall. The town was built to resemble towns developed around water in older times.

Here's a better description of the town:

"Situated in Gubeikou Town of Miyun County in Beijing, Gubei Water Town surrounds the beautiful Mandarin Duck Lake Reservoir and leans against the Simatai Great Wall, the most dangerous and majestic section of the entire Great Wall. Regarded as 'Wuzhen in Beijing', Gubei Water Town boasts a combination of mountains, water and ancient villages.

The water town is built on the former 5 sub natural villages of Simatai Village at the foot of Simatai Great Wall. The Simatai village was developed from Simatai Castle built during the reign of Emperor Wanli ( 1573 -1620 ) in Ming Dynasty ( 1368 – 1644 ).

It is not a historical water town, it is a replica of Wuzhen Water Town in the Southern China, has developed into a large-scale sightseeing and holiday destination. Covering an area of 3.5 square miles (9 square kilometers), the holiday resort includes two scenic districts, the Gubei Water Town and the Simatai Great Wall."

Day 6: We spent the day in Water Town. In the morning we took a tour of the town with our guide. We then had most of the day free to explore. Randy and I took a Poma gondola part of the way up the Wall to the fourth watchtower. I walked to the fifth tower (some stairs) and Randy climbed all the way to the right and last tower. We had great views of the town below.

That evening we took a tour by water gondola of the town, then rode the land gondola up to the wall again. Part of the wall is lit at night and is truly spectacular.

Day 7: Took the bus to central Beijing. We took a rickshaw ride to the hutong area of old Beijing and enjoyed a "family style" lunch.

We then visited Tieneman Square. It is a large open area surrounded by government buildings. One side features a large portrait of Chairman Mao.

The Square backs up on the Forbidden City. Unfortunately, because China is about to celebrate the 70th anniversary of the founding of the People's Republic of China on Oct. 1, the Forbidden City and a number of other historical sites were closed. Nonetheless, we managed to see quite a lot during our trip.

We then had the chance for another brief shopping trip, a stop which all the women on the tour (and some of the men!) demanded.

We then left for the outskirts of the city, fairly close to the airport.

Day 8: The security in Chinese airports is worthy of a whole separate post. Let's just say that we took 3 separate flights and before each segment we were scanned multiple times. However, we did make it through and had a great plane trip home.
If you get caught going too fast to skiing or elsewhere, and want to attend on-line traffic school, I recommend the following. It's funny, inexpensive, fast, and informative. If you click the link, you and I will each get a $2 rebate. Thanks.

I will post 10 photos tomorrow as they need to be selected and resized. Please check back.
If you get caught going too fast to skiing or elsewhere, and want to attend on-line traffic school, I recommend the following. It's funny, inexpensive, fast, and informative. If you click the link, you and I will each get a $2 rebate. Thanks.

If you get caught going too fast to skiing or elsewhere, and want to attend on-line traffic school, I recommend the following. It's funny, inexpensive, fast, and informative. If you click the link, you and I will each get a $2 rebate. Thanks.

2 - Mural in the town where we practiced paper cutting and dumpling making.

5 - Looking at Water Town from the Great Wall.

6 - Tieneman Square. The building behind the portrait of Chairman Mao is in the Forbidden City.
If you get caught going too fast to skiing or elsewhere, and want to attend on-line traffic school, I recommend the following. It's funny, inexpensive, fast, and informative. If you click the link, you and I will each get a $2 rebate. Thanks.

I had a lot of questions before the trip. Thanks to @alison wong for giving me a lot of answers, and also for providing some Chinese money for us to use before we found an ATM. This actually took a couple of days though I learned later that most of our hotels provided money exchange.

Since we were in some small towns prior to taking the bullet train to Beijing, we could not find a bank to exchange money. This was unexpected. Also, DH wanted to purchase a SIM card rather than use the Verizon international plan for $10/day. Although he went to several stores, he was unable to find a SIM card that would work in his phone.

I just used the Verizon plan. We also purchased a VPN (Virtual Private Network). China blocks all Google apps such as Messenger, Maps and Translate. It was worth $10/day plus the one-time $12.95 VPN fee to be able to use the Google apps. Maps and Translate are the best tools for the job. I particularly enjoyed being able to get in touch via Messenger with some of my friends as I love to share my travel experiences.

The time difference made it fairly difficult to chat. Los Angeles is 15 hours behind China, but I was occasionally able to catch up with @VickiK. Thanks Vicki.

Hawaii is 18 hours behind China, and it was somewhat easier to chat with my good friend @SkiNana. I guess that since she moved to Maui she is no longer a member of Ski Diva. Too bad; she tells great stories.

The last thing I want to discuss is the Chinese security process in the railroad station and particularly in the airport. The paragraphs below are excerpted from the letter I sent to our travel agent. On the way home we were on a flight that landed and then continued back to Los Angeles.

"We thought we would just sit in a lounge outside the gate and then reboard. No! We sat for about 10 minutes then were told we had to go through customs. We were scanned once. Every time they scan, if they find something they consider questionable they put it to the side and then scan the whole bag again. Then they typically find something else and repeat. My pocketbook was scanned 4 times. Ultimately nothing was confiscated.

Then we were scanned a second time. Again they questioned some of the same items, removed them and rescanned. For me this process was repeated 3 times.

Then we went through Immigration. We had to fill out a "departure" card. Our passports were checked and our faces were scanned. Note: they had scanned our faces on the way into China as well. Then our bags were scanned again. I made it through the first time on this scan but my husband had to open up 2 bags, remove some items, and the bags were once again rescanned twice. Then the items were replaced and we went to the gate. We boarded the same plane we had previously been on.

Some of the older people on our tour were particularly upset by this process. It would be good to know ahead of time that this level of scrutiny is enforced."

Overall it was a great trip. It was our first tour ever and I really enjoyed it.
If you get caught going too fast to skiing or elsewhere, and want to attend on-line traffic school, I recommend the following. It's funny, inexpensive, fast, and informative. If you click the link, you and I will each get a $2 rebate. Thanks.

skibum4ever said:
The last thing I want to discuss is the Chinese security process in the railroad station and particularly in the airport.
Click to expand...

Sometimes, I wonder if security guards are conducting security checks or they are actually being nosy because they want to know what's inside your (westerners) suitcases.....
You must log in or register to reply here.
Share:
Reddit Pinterest Tumblr WhatsApp Email Share Link 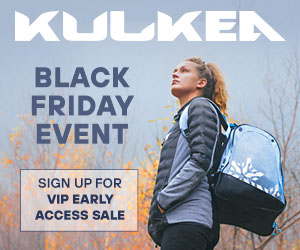